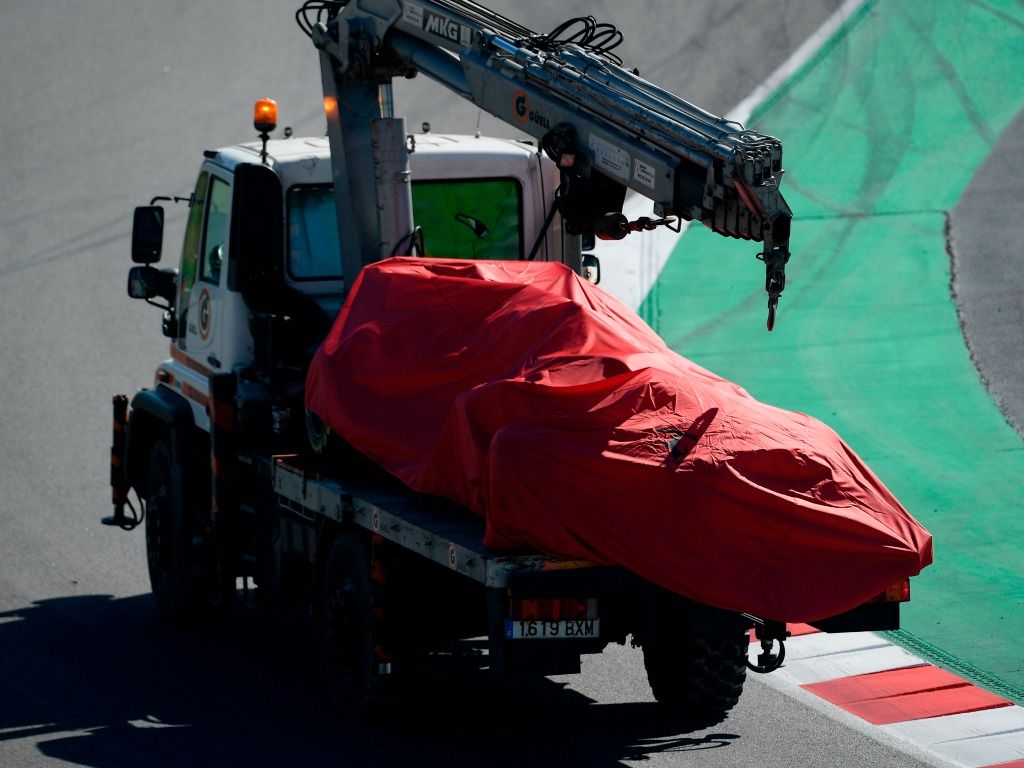 Ferrari have revealed that it was a “rim issue” that caused Sebastian Vettel to crash during testing on Wednesday.

The four-time World Champion was laying down the laps for Ferrari when he found he “wasn’t in control” of the car.

He crashed heavily into the Turn Three barrier and was taken to the medical centre for precautionary checks.

Vettel later stated it was a problem at the “front-left corner” of his SF90 that led to the crash.

The exit and crash of Vettel on turn 3, due to mechanical problem. Pic by @jwillmesquita pic.twitter.com/dbCd5wisoA

Ferrari say that was to do with the wheel rim.

A statement issued by the Scuderia read: “After thorough checks we found that Seb’s off yesterday was due to a rim issue.

“The rim had been damaged a few seconds before by an impact with a foreign object.”

Vettel’s crash led to Ferrari changing their driver line up for the final two days of testing with Charles Leclerc in the car on Thursday and Vettel wrapping things up on Friday.