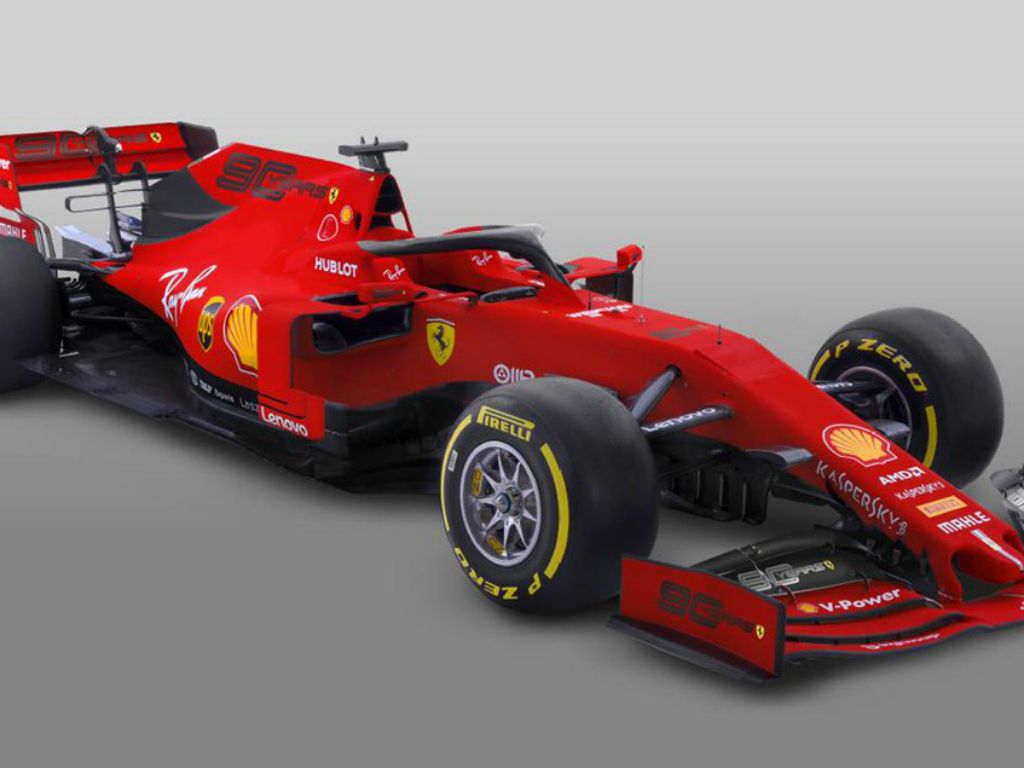 Ferrari have unveiled a special anniversary livery that will feature on the SF90 at the season opener in Australia.

The SF90 was initially launched with title sponsor Mission Winnow a predominant feature on the 2019 title challenger.

But, Australian authorities had launched an investigation into the Philip Morris brand to see if it complied with their tobacco advertising laws.

As a result, Ferrari opted to remove the Mission Winnow branding and are instead running a revised, one-off livery in Melbourne.

“Over the Australian Grand Prix weekend, the SF90 livery, the drivers’ race suits and some of the team’s track equipment will bear the logo celebrating 90 years of the Scuderia,” Ferrari said in a statement.

“The race in Melbourne represents the start of celebrations for this special anniversary, which will run throughout the Formula 1 season and also feature in the Prancing Horse company’s other racing activities.”

The anniversary logo will feature on the front wing, rear wing, nosecone and engine cover, with Mission Winnow branding set to return for the second race of the season in Bahrain.