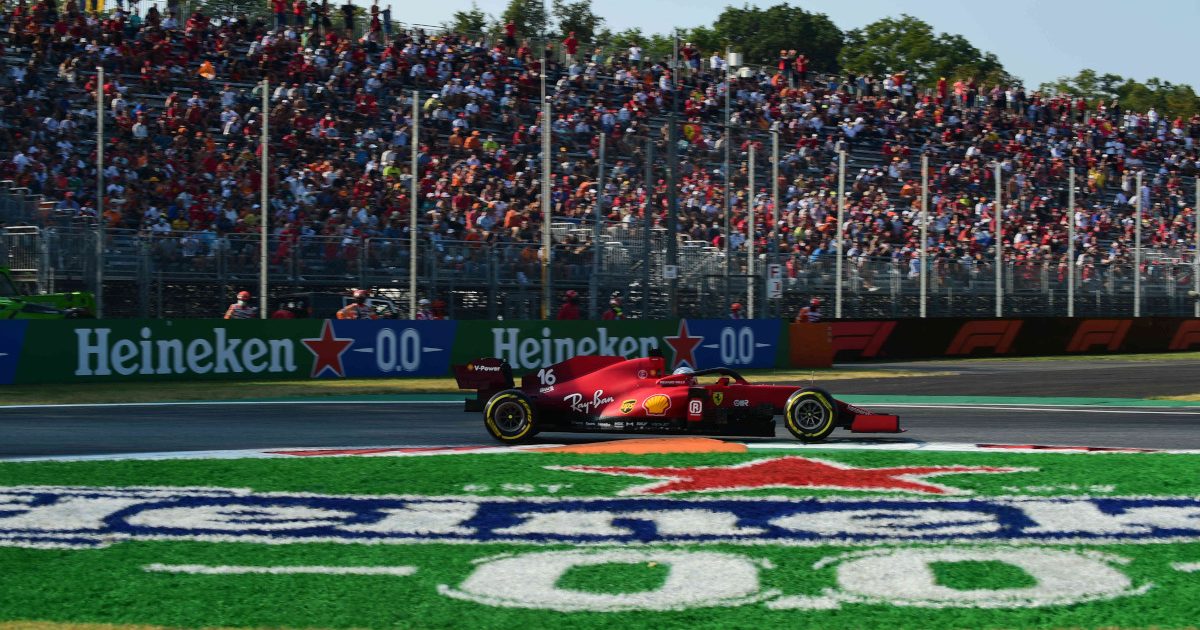 The engine that Charles Leclerc started the Italian GP weekend with is back in his car, Ferrari have announced.

Leclerc has had a tricky time at Ferrari’s home race, the 2019 Italian Grand Prix winner not only have engine issues but also feeling unwell on Saturday.

While the first led to Ferrari changing his power unit, re-fitting his first 2021 engine in order to avoid a grid penalty, the latter saw the Monégasque driver pay a visit to the track’s medical centre following FP2.

Despite feeling “slightly unwell” he took to the grid for the sprint qualifying where he started P8.

Passing his team-mate Carlos Sainz early in the race, while also taking advantage of Pierre Gasly’s off, he brought his SF21 home in sixth place.

He will, however, start Sunday’s 53-lap Italian Grand Prix from fifth on the grid as Valtteri Bottas has an engine penalty.

There is more good news for Leclerc, Ferrari announcing on Sunday morning that they were able to fix his original engine and put it back in his car.

That means he’ll have a more powerful power unit at his disposal for the grand prix.

“The problem with the electronic management of the engine braking on Charles’ car that led to his PU being changed after Friday’s sessions, as a precaution, has now been fixed,” said the team statement.

“Therefore the original PU has now been put back in his car for the race.”

The problem with the electronic management of the engine braking on Charles' car that led to his PU being changed after Friday's sessions, as a precaution, has now been fixed. Therefore the original PU has now been put back in his car for the race. #ItalianGP #Charles16 pic.twitter.com/FBktReQJye

Leclerc reckons holding onto his P5 on Sunday would be a good result for Ferrari.

“The realistic goal is to keep our positions, because to fight for more than that is going to be very, very difficult,” he said.

“We’ll focus to maximise the car and, hopefully, we get a good result. Tyre management will be a key factor, especially on the first few laps where you have to push.

“We have some useful data and will work on finding the best front-wing setup based on that.

“I expect the race to be a tough one, because our competitors ahead have had a strong pace all weekend.

“Our job will be to score as many points as possible, and if we have a perfect race, we can put some pressure on the four cars in front.”

Meanwhile Pierre Gasly has taken a new engine for the race, his fourth of the season, but as he was set to start at the back of the grid the penalty doesn’t make a huge impact.