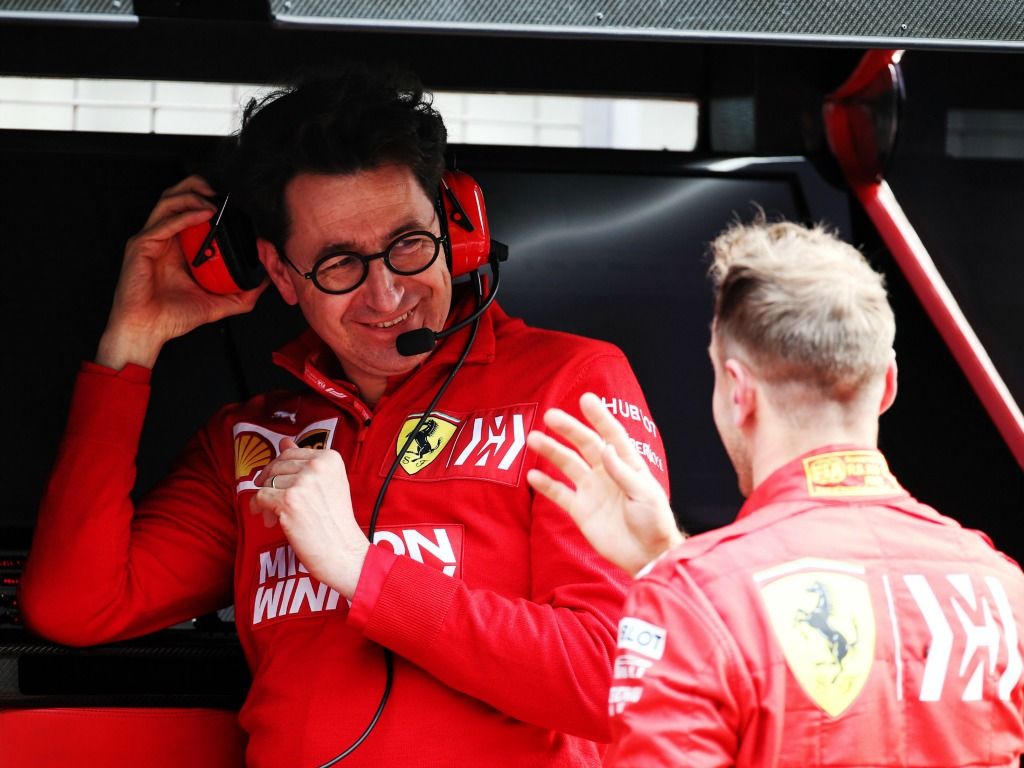 Binotto was promoted into the position for the 2019 season from his previous role of technical director to replace Maurizio Arrivabene.

The Scuderia have failed to record a race victory so far this campaign, and with the politics mounting up over their questionable use of team orders, Berger believes the team must hire somebody to help Binotto.

“Because when you look at Red Bull, you have this genius Adrian Newey. You have a capable [team boss] Christian Horner. Then you have the shark Helmut Marko.

“Then you look to Mercedes: Toto [Wolff], very capable. You have the genius on the engine side, Andy Cowell. And you have Niki [Lauda], unfortunately not here now [recovering from a recent bout of flu].

“At Ferrari you see [only] Binotto. I don’t know if this is enough.

“I think Binotto is a great technician. It’s just [important] he doesn’t use too much time for maybe political discussion or whatever, and then running out of time for the main [thing he’s good at].”

Berger referred to the early 2000’s during the Schumacher days as a time where Ferrari did spread the responsibility – Both Ross Brawn and Rory Byrne joined from Benetton a year after Schumacher departed at the end of 1995 where they would work under team boss Jean Todt.

“One of his big strengths was he knew how to put people together to get the maximum out of them,” said Berger of Schumacher to Motorsport.com.

“Again you had three people: you had Rory, the genius of the time, you had Ross, and you had Jean Todt, who dealt with the political side and the regulations.

“I just don’t know who is going to take certain roles in Ferrari, because if it’s all on Binotto, it’s gonna be a bit heavy.”