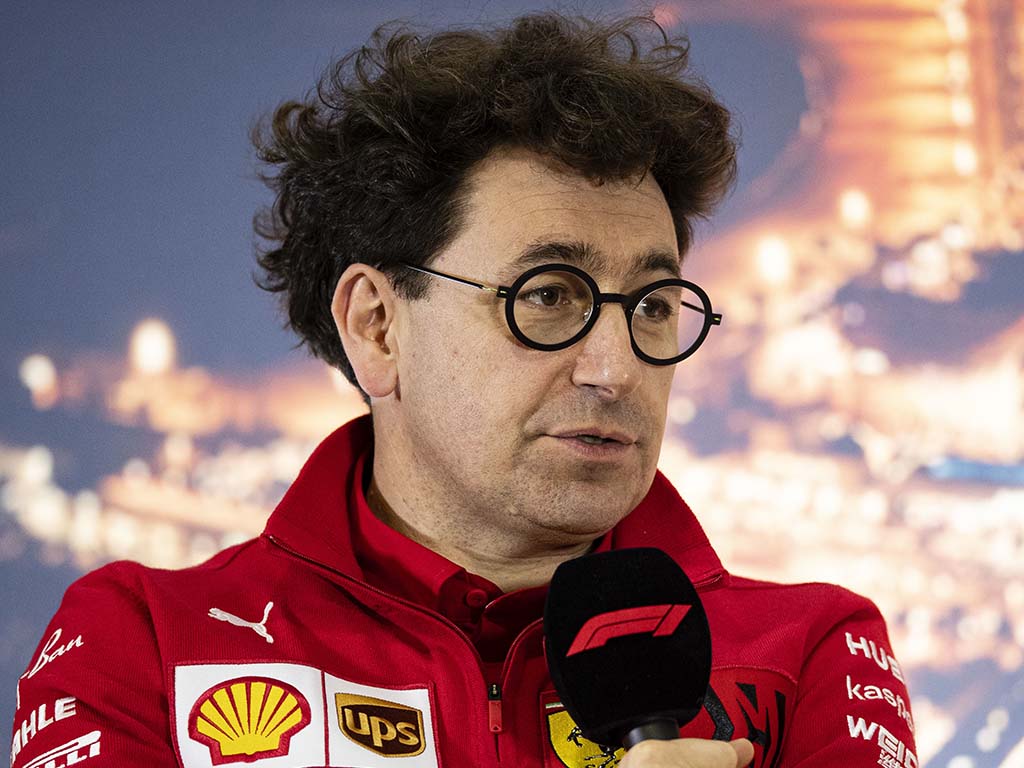 Ferrari boss Mattia Binotto has once again downplayed the team’s chances heading to Melbourne, insisting they are “not hiding” any performance.

In a contrast to previous pre-seasons when the hype train has been painted in Scuderia red, Ferrari are trying their best to stay out of the limelight ahead of the 2020 campaign.

The strong suspicion from those in the paddock and the fans watching is that Ferrari are sandbagging but Binotto has continued to say that is simply not the case.

“In the morning we did qualifying simulation and in the afternoon a race simulation,” Binotto told reporters in a press conference at the Circuit de Catalunya.

“We bring home more data that will be useful to us. We are ready as a team but we are not at the level to win a race right now.

“We are better on race pace than on qualifying performance. Yesterday [Thursday] the track was slower than today [Friday]. Sebastian wasn’t particularly happy with the balance, but today [Friday] I think things are going better.”

“But it is difficult to say if we’re slow because of the engine power or because of the drag. We are not hiding. This is the real performance of our car.

“I can confirm that I am not as optimistic as I was last year and our car is not the fastest. Having said that, the car seems to be reliable and the season is long.”

Binotto thinks that the actual testing period is an improvement on the developments made over the winter, but his overall rating is in line with the general pessimism that Ferrari has continued to show.

“It is difficult to understand what happens in testing and Melbourne is also a practical track. You’ll need 2/3 races,” he added.

“If I have to give a grade for testing, we understood many things then I would say 8. But if I have to evaluate the whole winter I give it a 6.”