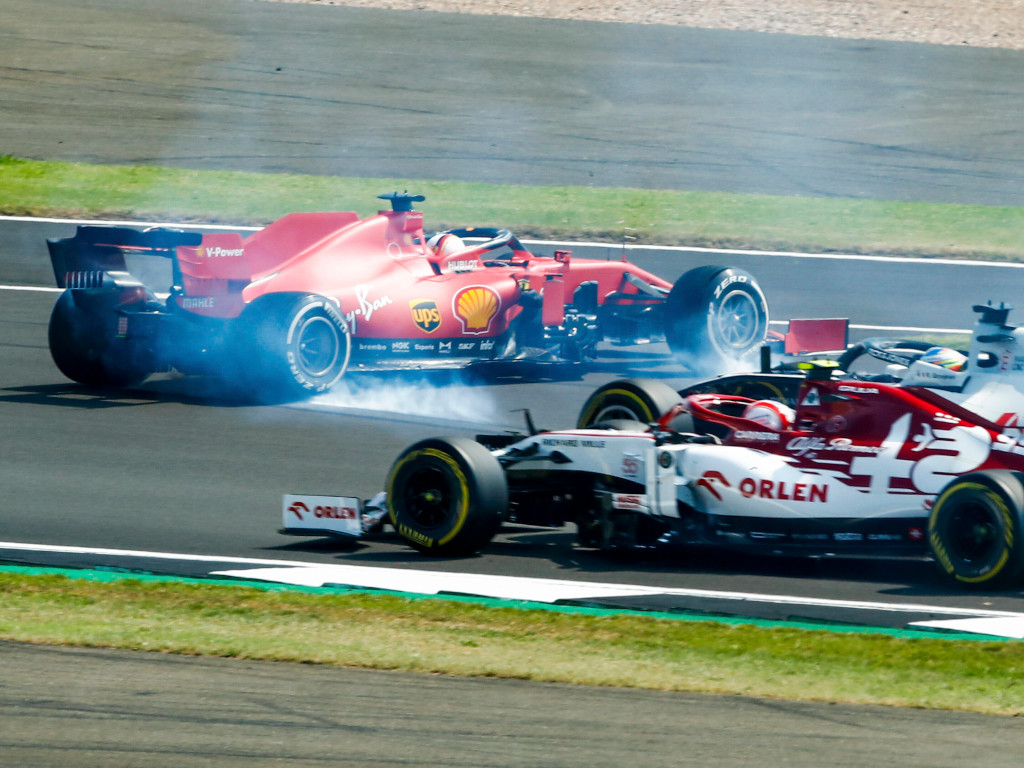 Vettel’s final season with Ferrari is not going according to plan with the German seemingly always on the back foot.

He has stated a few times that he doesn’t have any confidence in the SF1000, which will be the last Ferrari he ever races in Formula 1.

That lack of confidence is evident.

Starting Sunday’s 70th Anniversary Grand Prix from 11th on the grid, out in Q2 for the second time this season, the German spun on the opening lap.

That dropped him down to 20th although Vettel quickly set about working his way back towards the top ten.

He, however, feels his efforts to do just that were compromised by Ferrari’s strategy.

The team pitted him on lap 22, dropping Vettel between the two McLarens.

“It is in the gap that we didn’t like,” he told the team on the radio before adding: “We spoke about it this morning. I’ll hang in there, but you know that you’ve messed up.”

Asked about his comment after the grand prix the four-time World Champion, who finished the race down in 12th place, wasn’t any less forgiving of the Ferrari strategists.

“We spoke this morning that there’s no point pitting knowing that we will run into traffic and that’s exactly what we did,” said the 33-year-old to Sky F1.

“We went also onto a hard tyre that we then only had on for roughly 10 laps, probably not even that. So it didn’t make any sense.

“Why would you put the hard for 10 laps and then put the medium for 20 laps? I was running out of tyres towards the end. We spoke about exactly that but I guess not the best work we all could have done today.”

Binotto, however, has defended Ferrari, saying the biggest problem on Sunday was Vettel’s own early spin.

“I honestly think there is little to say about strategies. We [were early] perhaps by a few laps with the call that made him lose the position to [Kimi] Raikkonen. However, we knew he would recover without losing time,” the Italian told Sky Sport Italia.

“It allowed Charles [Leclerc] to continue his comeback. Overall, it was the right choice for the team and we don’t think we penalised Sebastian.

“He regained [the position] immediately on Kimi, he wouldn’t have been able to do an overcut on [Daniil] Kvyat, because he was going as fast as he was at that time, and then he undercut [Carlos] Sainz.

“His race was compromised at the start, and I think that was the key, not the strategy chosen.”

The team boss, though, denied claims that Vettel no longer believes Ferrari can give him a car capable of fighting at the front.

“I don’t think Sebastian has lost faith,” he added.

“He is going through a difficult time in qualifying and the last two races where he hasn’t found confidence in the car.

“Here, he spun putting his wheels on the kerb, and his race was uphill.”