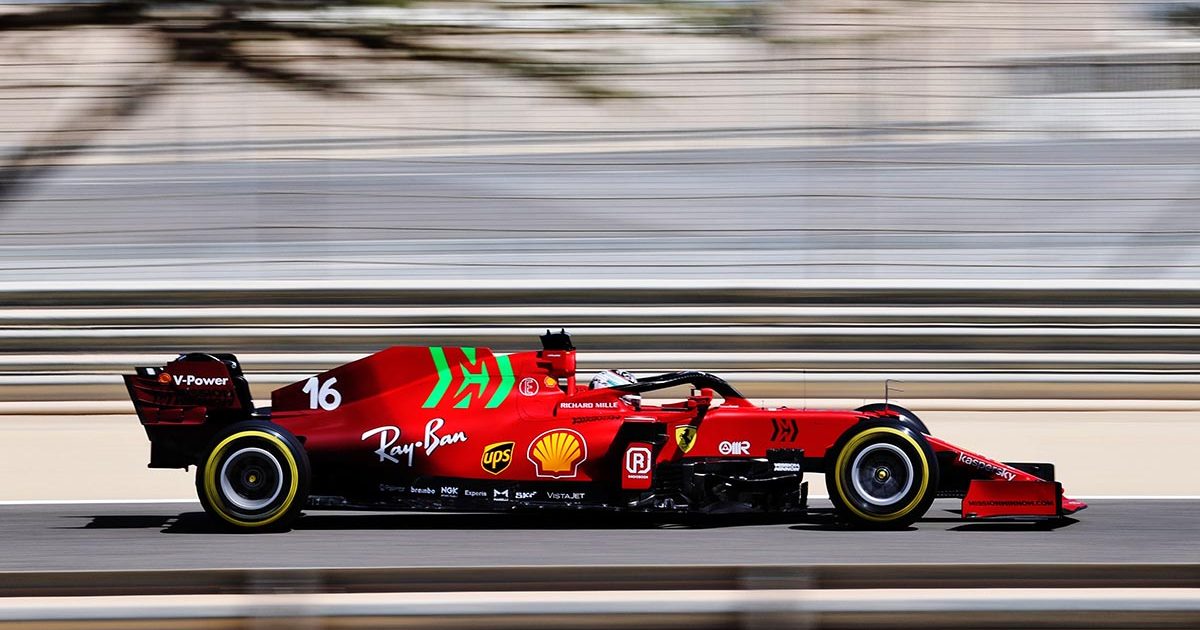 There was plenty of talk about the new Mission Winnow green logo on the Ferrari SF21 – and according to the sponsor, that was the point.

The Scuderia’s title sponsor, which has featured on the livery since 2018, is an initiative driven by cigarette and tobacco manufacturing company Philip Morris International.

Ever since their arrival on the Ferrari car, their logo has always previously been black and white on the engine cover – so when they unveiled their 2021 challenger which sports a green logo, fans were taken aback.

Plenty of opinions were shared, with many feeling there is no place for the colour on a typically red Ferrari car. But the reaction it has stimulated was partly why the change was made.

“Much like a green screen does for film, the green arrow represents possibility and opens the opportunity to imagine new horizons.

“Regardless of opinions about the colour, sparking debate and creating dialogue is exactly what Mission Winnow is meant to do. We have consistently encouraged people to place their preconceptions about our company aside and to open their mind to the transformation we are going through.

“More broadly, Mission Winnow focus on promoting [and] driving positive change, fostering engagement and opening conversations around the role that science, technology and innovation can play in helping to address a range of societal challenges – now and into the future.”

Due to their links with tobacco, the inclusion of the sponsorship has been a controversial one, but the company have reiterated the initiative “is not meant to ‘promote’ any product or brand” but is more about promoting positive change.

Nevertheless, criticisms of Ferrari have continued with Codacons, who last year threatened Ferrari with legal action, again showing they are against the sponsorship involvement of Mission Winnow.

A statement from them read: “We strongly contest Ferrari’s choice to resort once again to a sponsor directly linked to tobacco, despite the legal prohibitions and the serious health effects of smoking on human health.”

Mission Winnow did not actually feature on a Ferrari car last season during a grand prix – only in testing – and it is yet unclear whether that will be the same in 2021.