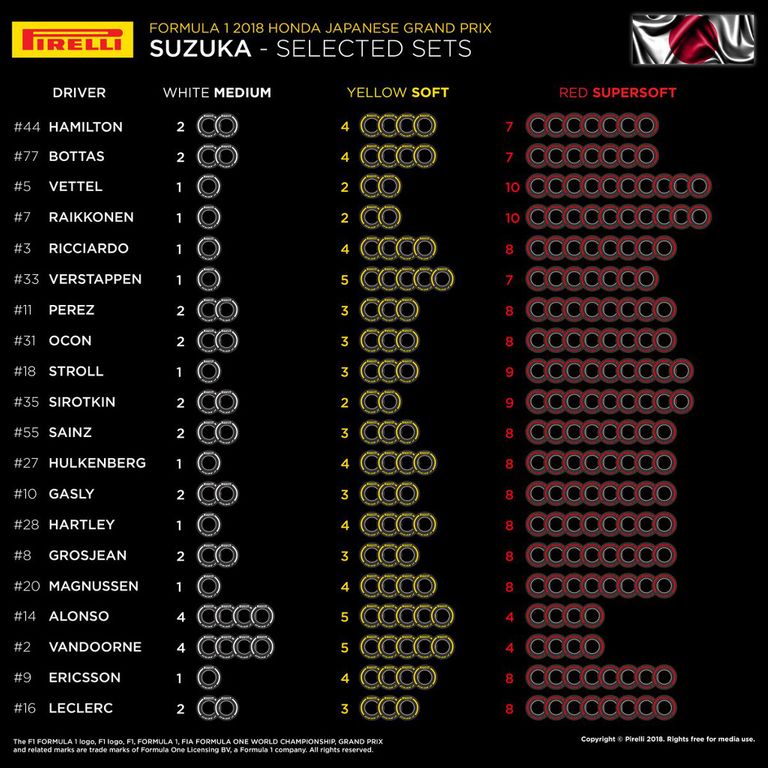 Ferrari are keeping to form after again going with an aggressive tyre selection for the upcoming Japanese Grand Prix.

Pirelli head to the Suzuka circuit with the supersoft, soft and medium tyres on offer.

Ferrari have embraced the former.

Sebastian Vettel and Kimi Raikkonen have both chosen 10 sets of the red tyres, two softs and one medium.

Title rivals Mercedes, who lead both championships, have gone with seven, four and two.

The most conservative choice belongs to McLaren with Fernando Alonso and Stoffel Vandoorne opting for only four sets of the supersoft tyres.

The rest of their selection is five softs and four mediums.

Here are the #Fit4F1 shoes destined for the Japanese Grand Prix in Suzuka!
More on: https://t.co/uPnJ1YqUcm #JapaneseGP pic.twitter.com/wCSRcTDzEC