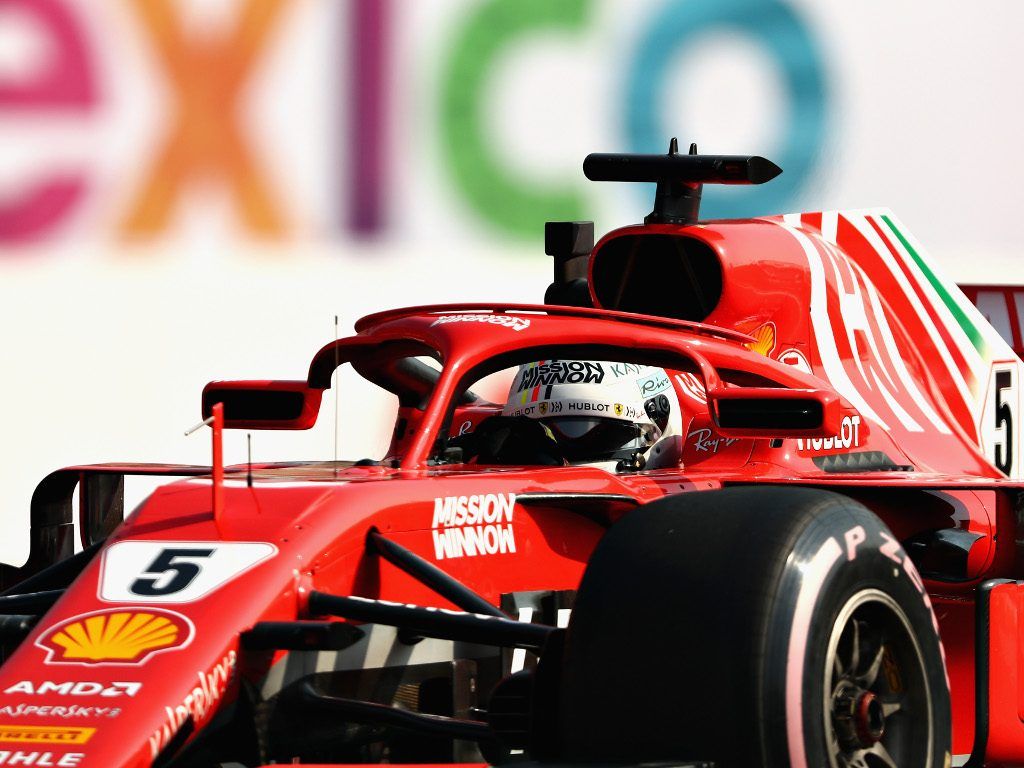 Ferrari will not race their updated floor at the Mexican Grand Prix with Sebastian Vettel revealing they are “sticking to the old package”.

While Kimi Raikkonen began Friday’s first practice with the new floor bolted to his SF71H, the Scuderia swapped it over to Vettel’s car midway through the session.

Ferrari, though, lacked competitive pace in the practices with Vettel confirming they’ll swap back to the old package ahead of Saturday’s sessions.

“It was an interesting morning,” he said. “We learned a lot and we’re sticking to the old package.”

He did, however, find himself losing out to the Renault of Carlos Sainz who had a strong first day in Mexico City.

“I don’t think we had a tidy lap,” said Vettel. “We should’ve been in front of the Renaults.

“The difficulty is you don’t have any grip. So we’re sliding a lot.

“If you don’t have any grip and downforce, because the air’s so thin, you don’t get the tyres to work and when the tyres don’t work it’s really tricky.

“So that’s why I think sometimes you can see quite big jumps in lap time.

“If you don’t get it right then you’re quite far off the pace. I think everybody still has something to step up tomorrow.

“The key will be the tyres. If you have 1, 2, 3 or 4km/h more in a straight line I don’t think that will be detrimental.

“But it will be much more important to get the tyres in the right window because then around here you can easily get two, three, four, five tenths. Quite a lot of lap time.”

As for Mercedes finishing seventh and ninth with Lewis Hamilton ahead of Valtteri Bottas, Vettel said: “Everybody’s sort of on the limit with tyres and trying to get them to work in order to slide less, with the exception maybe of the Red Bulls.”