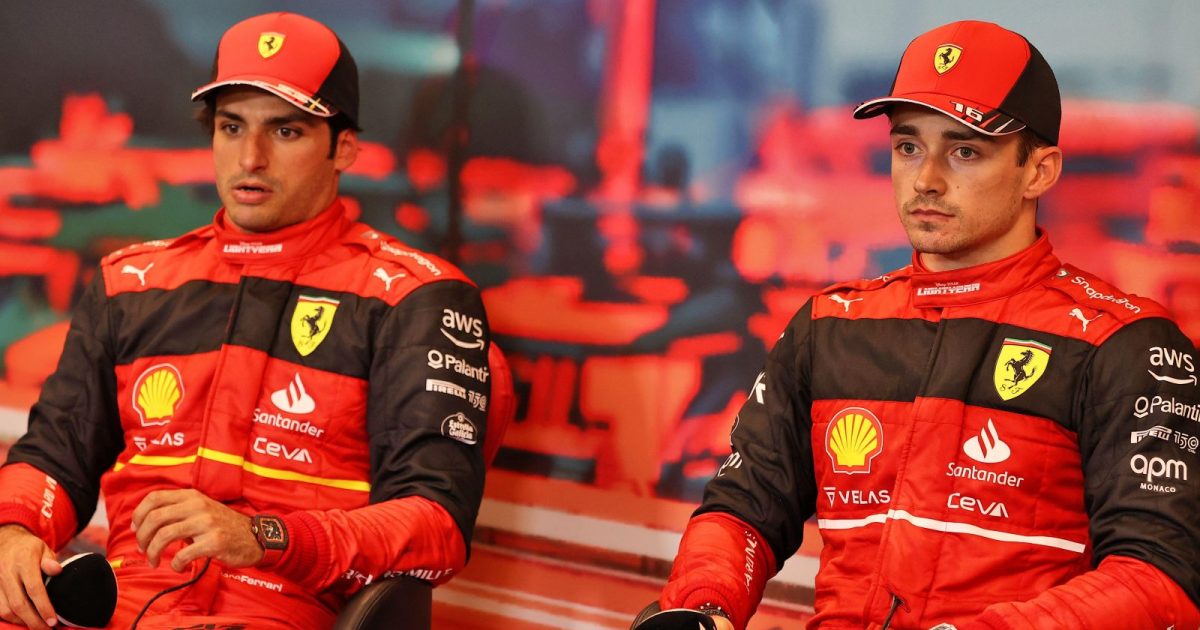 Ferrari’s head of race strategy said two gap mistakes were to blame for Charles Leclerc sinking from P1 to P4 in his home Monaco Grand Prix.

The Monégasque’s home curse continued last week when he finished for the first time at the circuit, but in fourth having earned pole in qualifying.

While no one can blame Leclerc himself for the non-podium finish, plenty of fingers have been pointed at Ferrari who cost the 24-year-old the chance to win his home race.

Ferrari’s head of race strategy Inaki Rueda has now explained that they came undone when Sergio Perez lapped quicker than they had expected.

“With Charles, we made two mistakes. The first one was to cover Perez,” Rueda said, as reported by racer.com. “While with Carlos [Sainz] we realised very late in his lap that we could not cover Perez, with Charles we had a big gap and we thought we could cover Perez.

“At the start of his in-lap, Charles had over 10 seconds advantage on Perez, and we thought this advantage would shrink because Perez on the intermediate tyres was lapping much faster than Charles on the extreme (wet).

“We had looked at other people, we had the live data from the cars, and we though that this gap would shrink from around 10 seconds to maybe five, four, three seconds at worst.

“As we were coming in, we saw the 10 seconds gap shrinking: seven, six, five, four, as Charles was coming through the Swimming Pool. The last timing reference we had indicated that he would come out one second ahead of Perez.

“What we did not expect was Perez to go nine seconds faster overall on that lap. Because of this, we lost the race with Charles.”

Leclerc’s afternoon went from bad to worse when he dropped out of the podium places all together, again as a result of a Ferrari team decision.

“The second mistake we made with Charles was a gap mistake again,” Rueda said. “We wanted to pit both cars onto dry tyres. On Lap 21 we thought the track was good for dry tyres, and at the same time we were bringing Carlos in to try to keep the lead of the race, we though ‘Let’s bring in Charles to try to undercut Perez so we can finish P1 and P2’.

“As we were coming in, we were looking at our tools and our gaps. The gap in between our cars was five seconds. It was tight for a ‘doppio’ [a double stop]. A comfortable ‘doppio’ is done with six seconds in between the cars, but we thought five and a half seconds might be enough.

“As the cars got closer and closer to pit entry, the gap was narrowed and at the pit entry the gap was only three and a half seconds. We made a last-second attempt to try and tell Charles to stay out, but it was too late. He had already veered into the pit lane.

“In this ‘doppio’, Charles lost two seconds. This was crucial. Why? This is what allowed [Max] Verstappen to come out ahead of Charles a lap later.

“We come away from Monaco with a bittersweet taste in our mouth. We did some very good things, but we did some other things we’re not so proud of. We come back to the factory, we analyse what we did right, what we did wrong, we update our tools. our procedures, and we make sure we come back stronger from this experience.”

While Leclerc finished fourth, Sainz came second for the second time in as many years at Monaco. Rueda said it was a team call to switch to the dry tyres that earned the Spaniard the P2 finish.

“With Carlos, we had a very good race,” he said. “He started P2, and after the first round of stops he found himself leading the race, because although our initial plan was to try and cover Perez, we had the piece of mind to realise it was not going to work, and at the last second we told Carlos to stay out and he duly did so.

“Furthermore, when the time was right, we judged that the track could be quickest on dry tyres, and Carlos was the first car on the lead path to stop for dry. This gave him a definite advantage.

“Unfortunately, he came out behind [Nicholas] Latifi, and this cost him over three seconds. Had he not been blocked by Latifi, we are quite confident he would have won the race.