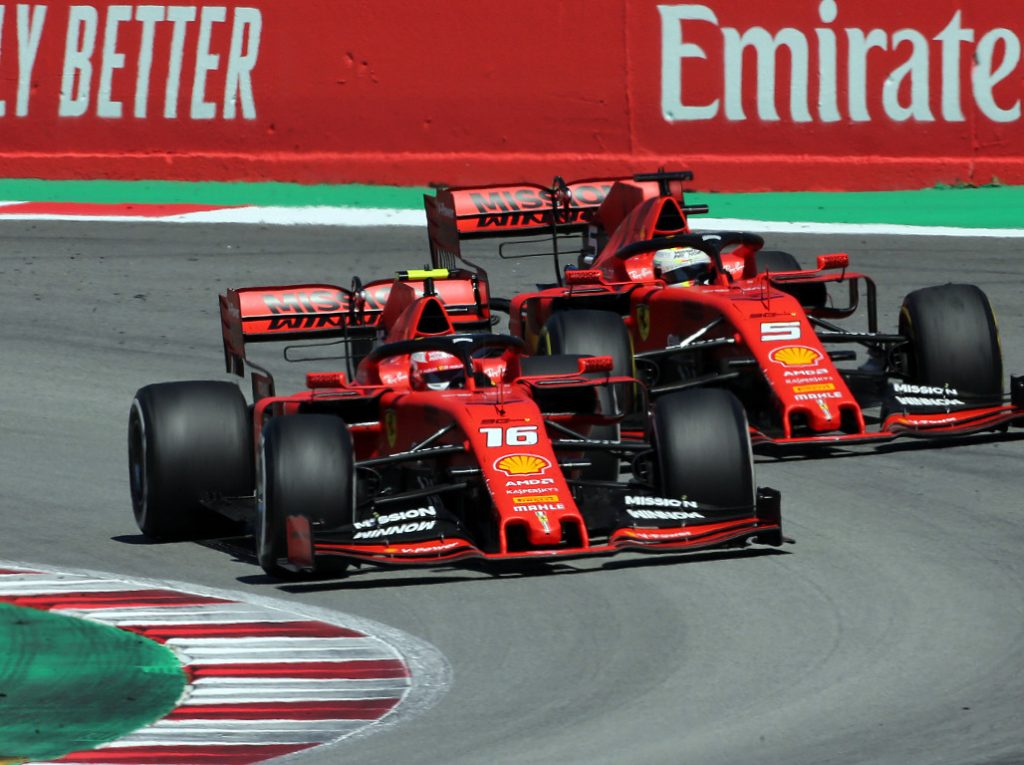 With their French GP updates failing to deliver, Ferrari’s next step could be to sacrifice speed in favour of downforce.

The Scuderia arrived at the Paul Ricard circuit with a host of updates for their SF90 but they didn’t yield the performance gains they’d hoped for.

Charles Leclerc was the team’s best qualifier in third and was third again on Sunday afternoon, crossing the line 19s down on race winner Lewis Hamilton.

His team-mate Sebastian Vettel was 63s off the pace in fifth place.

While Ferrari’s straight-line speed was again one of the best, the Scuderia lost lap time due to a lack of downforce.

Team boss Mattia Binotto says that is something they have to consider changing.

“I think we are looking for, eventually, more downforce to the detriment of the speed,” he told Autosport.

“Even if the car will not be too efficient, [it will] give more downforce to get the tyres working.

“That will be the direction to go.

“[In qualifying at Paul Ricard] we’ve seen how difficult to get the tyres working.

“That is something we are focused on.”

Although Ferrari got both cars inside the points at Paul Ricard, and one on the podium, Binotto acknowledges that they “cannot be happy” with the result.

He added: “We can only be happy with the times we will be faster than all the competitors.

“But we know we were expecting a difficult race weekend here in Paul Ricard.

“We were not expecting to close the gap at all here. We brought some upgrades, some worked well, others not.

“It’s always a shame when something’s not working.

“We’ve got some homework to do in that respect, but that shows we have some margin to improve the car.

“So at least the direction we are starting to set is the right one.”