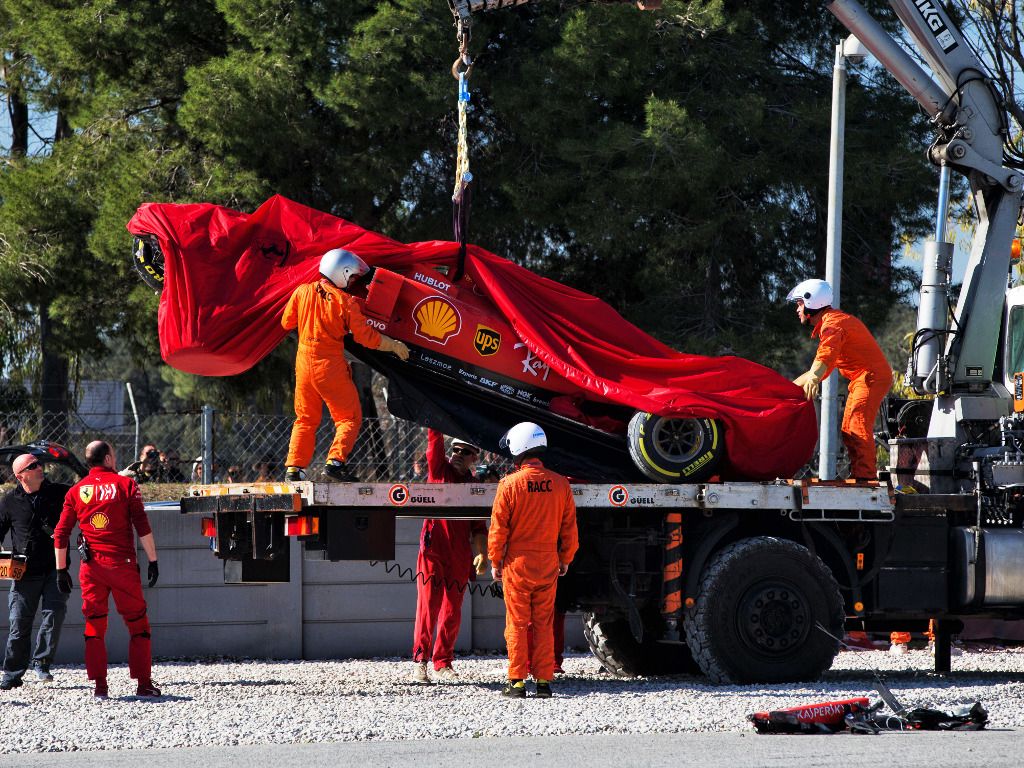 Billing the wheel rim failure that pitched Sebastian Vettel hard into the barrier in testing as an “unlucky situation”, Ferrari will continue to investigate the issue.

Vettel suffered a heavy crash last Wednesday when he slammed into the Turn Three Tecpro barrier at the Circuit de Catalunya while testing the SF90.

The German was taken to the track’s medical centre for precautionary checks.

Such was the impact that Ferrari struggled to find the cause of the crash, eventually revealing that it was a wheel rim failure.

The exit and crash of Vettel on turn 3, due to mechanical problem. Pic by @jwillmesquita pic.twitter.com/dbCd5wisoA

The Scuderia returned to the test arena the following day with Charles Leclerc setting the pace with Vettel wrapping up testing with a P1 of his own on Friday.

But while neither driver experienced a similar issue during the final two days, Ferrari will continue to investigate the cause.

“We looked a look through all the data to try to understand the origin and the cause of the problem,” said team boss Mattia Binotto.

“We believe the issue was a rim failure but because the rim has been damaged by an external hit when running on the track, so the type of thing we can not avoid.

“I think it’s been a very unlucky situation.

“On our side that’s the best explanation we’ve got so far but we will still make sure and look deeper in all the details and data, eventually, to address any issue that may be still potential[ly there].”

Vettel’s crash was one of three issues that blighted Ferrari’s final outing with cooling and electrical problems also curtailing their track time.

Binotto admits Ferrari did not cover all the work they had hoped to.

“Last season was a difficult winter testing but first because of the weather conditions,” Binotto.

“It’s quite a different situation, sunny and great ambient temperature. We had some reliability issues during these days, we crashed with Seb at Turn 3.

“Our programme has not run as we were hoping.

“To be more prepared…I don’t think so. I think the fight will still be very high.

“I think we are not yet ready for Melbourne, there’s still some days to there. Most of the tasks need to be done.”