Home News Ferrari guaranteed to be on every 2021 F1 podium* 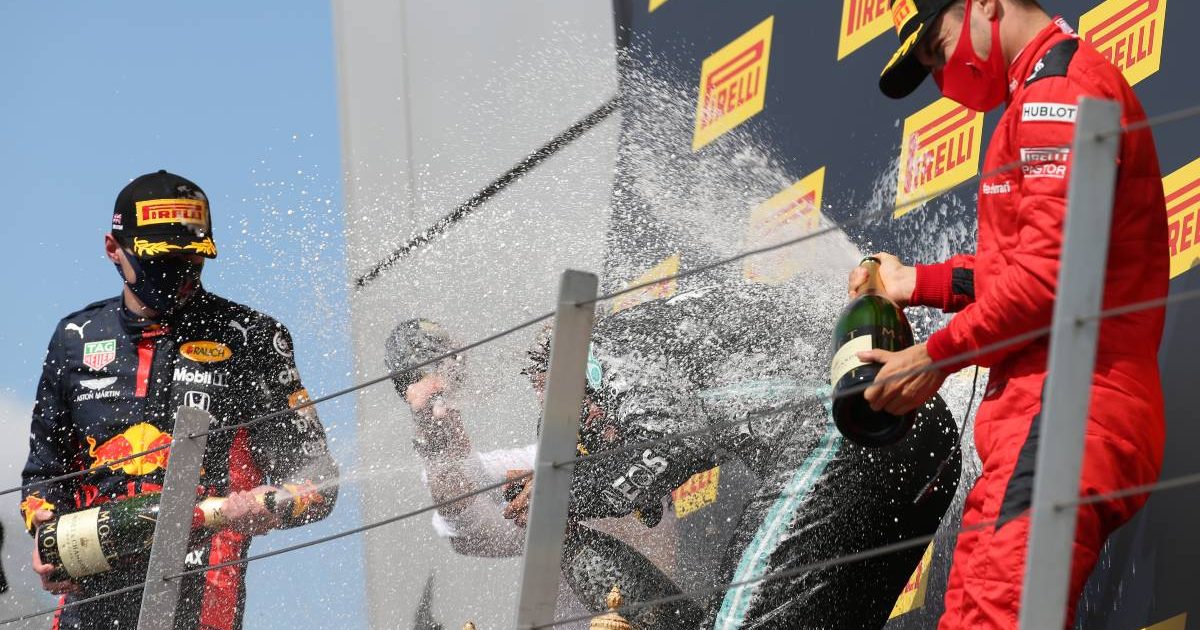 Ferrari will feature on every podium* during the 2021 F1 season…whether one of the Scuderia’s drivers makes it there or not.

It may not have the same lustre as a prestigious champagne brand such as Dom Perignon, but Ferrari Trento has been announced as the Official Sparkling Wine of Formula 1 in a three-year exclusive partnership.

As the “official toast of Formula 1 celebrations”, that means Ferrari will be on the podium at all of the scheduled races where alcohol is permitted on stage, even when neither Charles Leclerc nor Carlos Sainz finishes in the top three.

Like the Scuderia itself, Ferrari Trento “has a long and respected history”, according to the Formula 1 website, and is one of the most-awarded producers of sparkling wines, so is a “natural choice” as F1’s celebratory drinks partner. Not forgetting the name too, of course.

The Italian family-owned winery based in Trentino, in the Italian Alps, is a global leader in its field, crafting its luxury Trentodoc wines for over a century to become known as Italy’s sparkling wine par excellence.

Italian style steps onto the podium and #FerrariTrento becomes the official toast of @F1.

We'll see you at every Grand Prix™, to celebrate every victory with our bubbles.#FerrariTrentoF1 #F1 #FerrariTrento pic.twitter.com/1qhVQxE1XN

Stefano Domenicali, the President and CEO of Formula 1 and also an ex-Ferrari team principal, said: “We are thrilled to announce Ferrari Trento as an official partner of Formula 1.

“Celebrating success is in both our DNA, and having Ferrari Trento at the heart of the sport’s most iconic celebratory moment makes them such a natural partner for us.

“For more than a century, Ferrari Trento has been synonymous with Italian excellency, pouring their passion into creating fine sparkling wines capable of elevating any moment, and we look forward to working together to create and enhance our fan experience on and off the podium.”

It is not the first time the brand has linked up with F1 as a Ferrari Trentodoc Jeroboam bottle has appeared on the podium in the past.

Matteo Lunelli, President & CEO of Ferrari Trento, added: “We are very excited to announce this partnership with Formula 1, which is both an achievement and a starting point for us.

“It’s an achievement because it demonstrates the renown and the appeal Ferrari Trento wines enjoy internationally.

“It’s a starting point because we are just beginning this extraordinary adventure that will allow us to bring the Italian Art of Living to the celebrations of Formula 1.”

Just in case you fancied treating yourself to a glass of Ferrari Trento to celebrate the return of F1 racing with the Bahrain Grand Prix on March 28, a bottle will cost just over £18 when purchased from an online retailer.