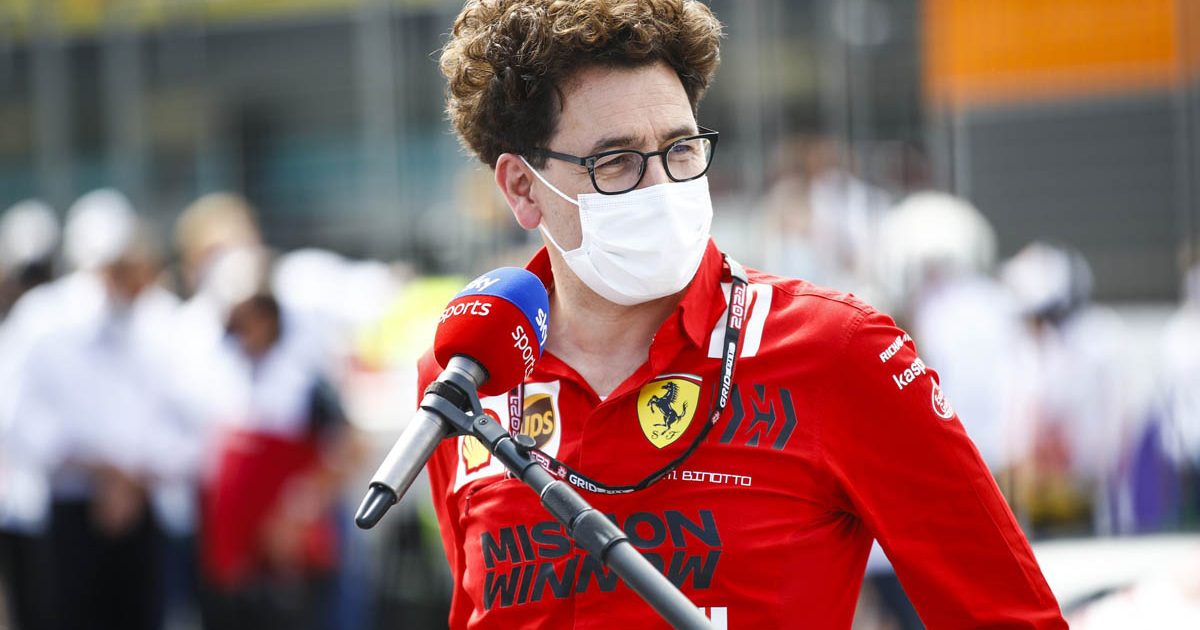 Ferrari team principal Mattia Binotto admitted that the team’s issue with tyre graining could carry on until the end of the season.

Both Charles Leclerc and Carlos Sainz bemoaned the Scuderia’s high degradation at Paul Ricard over the weekend, with the pair both finishing outside the points having qualified P5 and P7 in France.

This result allowed McLaren to jump 16 points ahead of Ferrari in the Constructors’ Championship – and team principal Binotto does not yet have an explanation for how the car’s tyre issues came about at the weekend.

He added the team would need to change a significant component on their car to counteract this problem but, with this seemingly not possible, Binotto admits that their issue could resurface at different races this season.

“Can we develop it through a simple development on the current car? Probably we could improve the situation but to solve it would need some hardware change, for example, the rims, which is not possible in the regulation,” Binotto said, quoted by Crash.net.

“It is more important for us that we are at the stage where we can understand and try to address it for next year. In the meanwhile, this issue will happen again at some races but not all of the tracks.

“It will be track and weather-conditions related. We need to prepare ourselves in case of such a situation in the future and at this track, it may be a bigger problem since it happened again.

“But I don’t have an answer right now, I think what we need is to analyse the data, do some simulations, I think that will be part of the homework we need to do, as Carlos mentioned before, but as of now I can’t answer the question.”

Incredibly difficult race today, we will work as much as possible to understand the issues of today’s race and we will come back stronger in Austria. pic.twitter.com/qiaLV5iP9O

Leclerc admitted as well that Ferrari could struggle at more races this season, while Sainz said the team “got something really wrong” over the weekend in France.

Pirelli added to their minimum running pressure after two blowouts in Baku – which some have attributed to their tyre problems at Paul Ricard – but Binotto was quick to dismiss any thoughts that the tyre adjustments changed Ferrari’s performance.

“I don’t think it has any impact,” he stated.