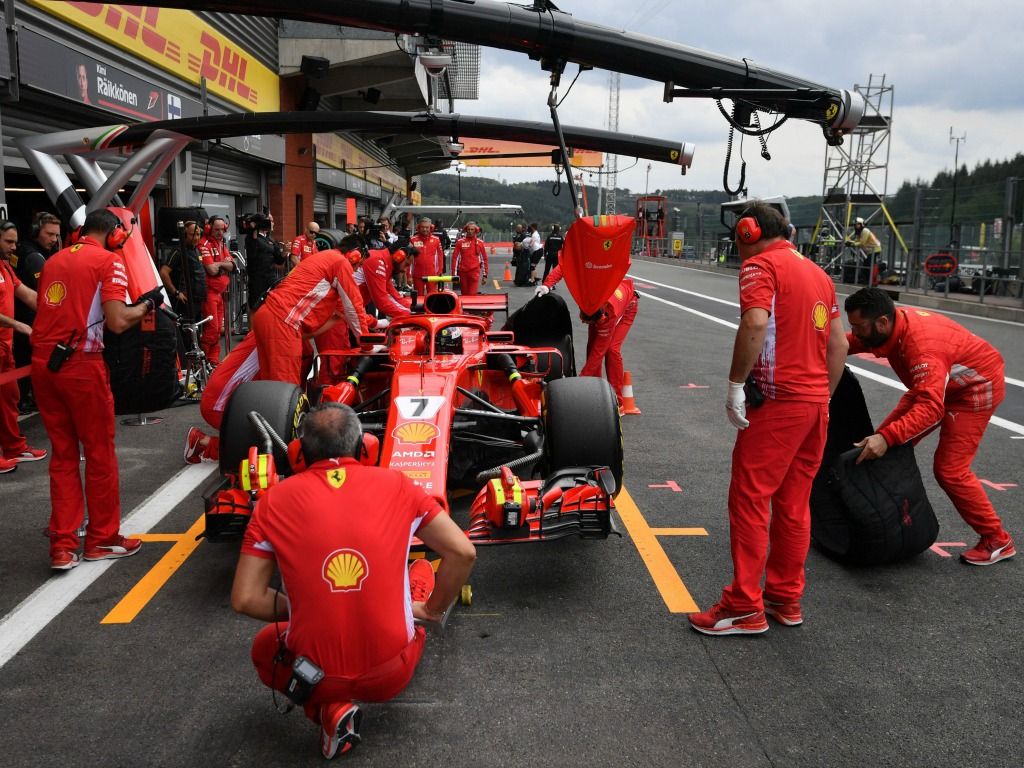 Both Kimi Raikkonen and Sebastian Vettel topped a practice session for Ferrari on Friday at Spa-francorchamps, but neither is sold on their engine upgrades just yet.

The four-time World Champion topped FP1 on Friday morning in Belgium, while Raikkonen was fastest in FP2 during the afternoon running.

However, both of them said that it was only Friday, and that the obvious improvements would be shown in qualifying on Saturday.

Raikkonen topped second practice, and said that they believe this power unit to be better than the previous version, but there is still much to improve on this weekend.

“Obviously we don’t put anything in the car that we don’t think is a step forward or better but it is impossible to say,” Raikkonen said after FP2.

“It is not like a night and day difference otherwise it would be too easy if that was the case.

“It went okay, but it is only Friday but there is a long way to go.”

The Finn last won in Belgium back in 2009, one of four victories in the Ardennes Forest, but believes his 2018 Ferrari is much better than his 2009 entry.

“For sure [the car] is better than the last time I won here. That was not a very strong car but it came better at the end.”

Meanwhile, Vettel topped FP1, but says that the team cannot tell if there have been improvements solely based on Friday’s running.

“No, but I think it is doing what it is supposed to do. We need to have a look but on that front I think everything was working,” Vettel said.

“I think with Friday you cannot really tell so we need to wait until tomorrow.”

With the weather forecast looking like it would be a wet FP3, and possible also qualifying session, on Saturday, the German believes the Ferrari team have overcome their issue in the rain.

The four-time World Champion struggled in the conditions during qualifying for the Hungarian Grand Prix in Budapest last time out.

“I think we had our weaknesses in the wet but we have worked on those and we understood those so if we have went conditions it will be quite nice to confirm and see whether we found the right things.”