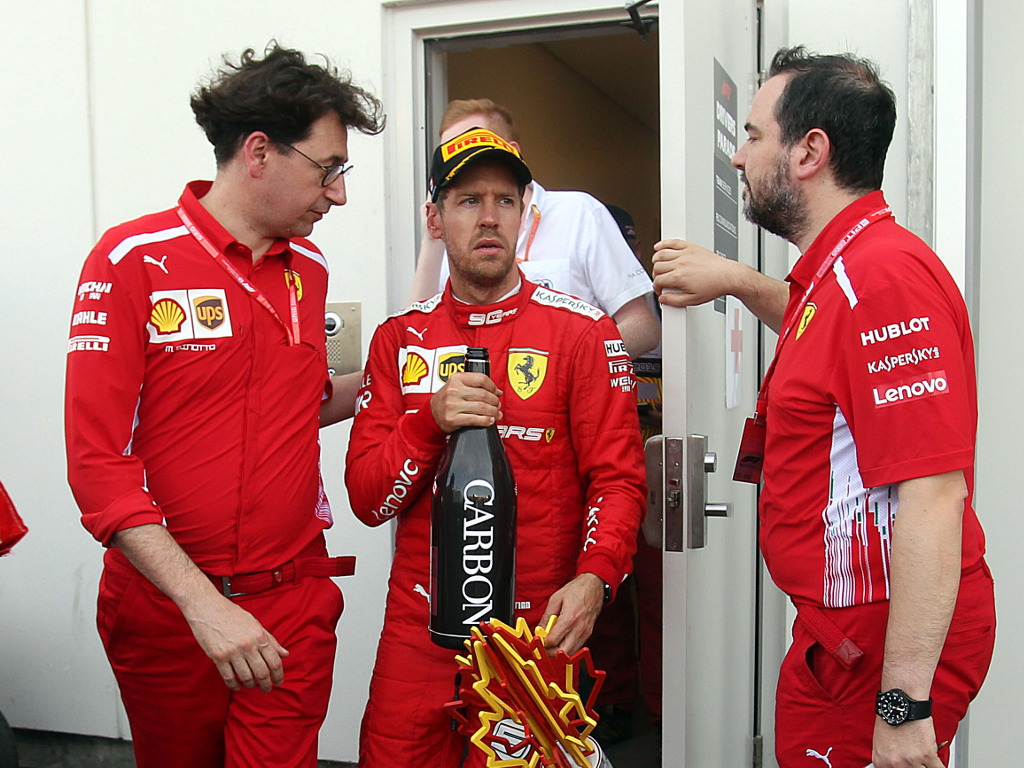 The Canadian GP result is set in stone with news that Ferrari will not be going ahead with an appeal against Sebastian Vettel’s penalty.

Vettel was racing towards the win in Montreal when he cut the grass at Turns 3/4 and rejoined just ahead of Lewis Hamilton.

However, pushing the Mercedes driver towards the wall, Vettel was deemed to have made an “unsafe” return to the track and was hit with a five-second penalty.

He accused the stewards of “stealing” his win, which would have been the first of 2019, with Ferrari later announcing their intention to appeal.

The Scuderia had 96 hours to lodge a formal appeal, however, they have opted not to.

Team principal Mattia Binotto has written to the FIA informing them that Ferrari will not be lodging a challenge.

The matter, though, may not be over.

Ferrari have until the Sunday of the French GP to issue a “right of review” if, and only if, they have new evidence that the stewards have not seen.

A spokesman for the Scuderia said: “We have withdrawn our intention to appeal and are evaluating the right of review.”

Article 14.1.1 of the Sporting code states: “If a significant and relevant new element is discovered which was unavailable to the parties seeking the review at the time of the competition concerned, whether or not the stewards have already given a ruling, these stewards or, failing this, those designated by the FIA, must meet (in person or by other means) on a date agreed amongst themselves, summoning the party or parties concerned to hear any relevant explanations and to judge in the light of the facts and elements brought before them.”

But for now the result stands; Hamilton is the winner of the 2019 Canadian GP, his seventh P1 in Montreal.

The Mercedes driver holds a 29-point advantage over his team-mate Valtteri Bottas in the race for the World title while Vettel is third, 62 points off the pace.