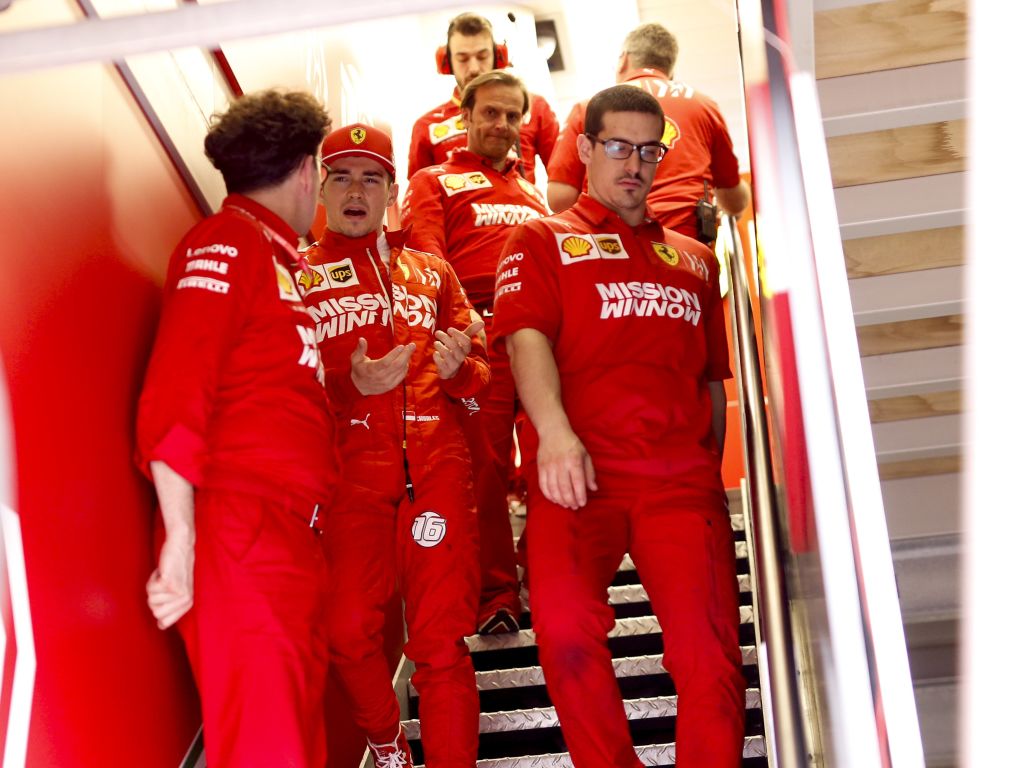 Ferrari principal Mattia Binotto admits the team’s confidence has been knocked by their underwhelming start to the season.

After taking what looked like a strong advantage over Mercedes with them into the season, the Scuderia are yet to win a race, while their rivals have taken five-straight one-two’s with the dominating package to match.

Bahrain offered the only strand of hope for the Scuderia where Charles Leclerc looked set to take a comfortable P1 before reliability issues hit, but aside from that, Ferrari have looked second-best and at times third-best this season behind Red Bull.

While confidence is a lot lower at Maranello than it was after pre-season, Binotto insists the team are working hard as they look to address the 96-point gap between themselves and Mercedes in the Constructors’ Championship.

“Certainly let me say after winter testing our confidence in the performance was higher than today, no doubt,” he told Motorsport Week.

“I think if you look as well at the classification today there are a lot of points to be recovered.

“But the goal is still the same. Looking race by race, trying to optimise [the car], try to develop the car and show that we have potential in developing a car and understanding its technical base concept.

“As a team we need to show that we are still improving ourselves day by day and I think by doing so and I think by looking race by race, I think the sum again will be done on the very end.”

The Scuderia confessed this week that they are considering different concepts for the SF90, with their different interpretation to Mercedes on the new 2019 aero regulations increasingly appearing to be the wrong one.

Like customer-team Haas, Ferrari also now believe that the updated Pirelli rubber for this season is costing them against Mercedes.

“I think that finally in Spain it has been quite obvious that in certain conditions, in the third sector slow corners, we were losing a lot of lap time compared to Mercedes,” he confessed.

“Why that? That’s certainly something we need to look at and try to give some explanation as well to address the development. The tyres this season are quite different to the ones of last year. No blame, it’s only a matter of fact.

“The main difference that last year we all had very good warm up on the tyres, and we were all focused and concentrated on cooling the tyres as much as we can to keep them working because lower were the temperatures, better was the grip.

“The tyres of this season are quite different in this respect. Warm up is a lot more difficult, and the window also, temperature targets, to get the best grip from the tyres itself, to achieve it you need to heat up the tyres.

“So in terms of cooling them down you need to heat them up. How can you achieve that?

“Certainly you can achieve that through braking temperatures, it’s rims cooling but overall it’s downforce. No doubt.

“Certainly no doubt the downforce has absolute value but is how you balance the downforce high speed to low speed, it may be as well let me say how you may even target your aero development efficiency versus maximum downforce itself.

“I think we’ve got a car that’s quite efficient, you can see it on the straight.

“But it doesn’t mean we’ve got the car that’s got the highest downforce in the pitlane. Sometimes, when in discussing targets, it means that we need some more in terms of final concept, are you better looking for maximum downforce or efficiency?

“No doubt it is depending on how the tyres are working and what is required, and so overall it’s an interaction between the aero itself, suspension no doubt, because how you balance your aero through the corner, and overall it’s the full package.”