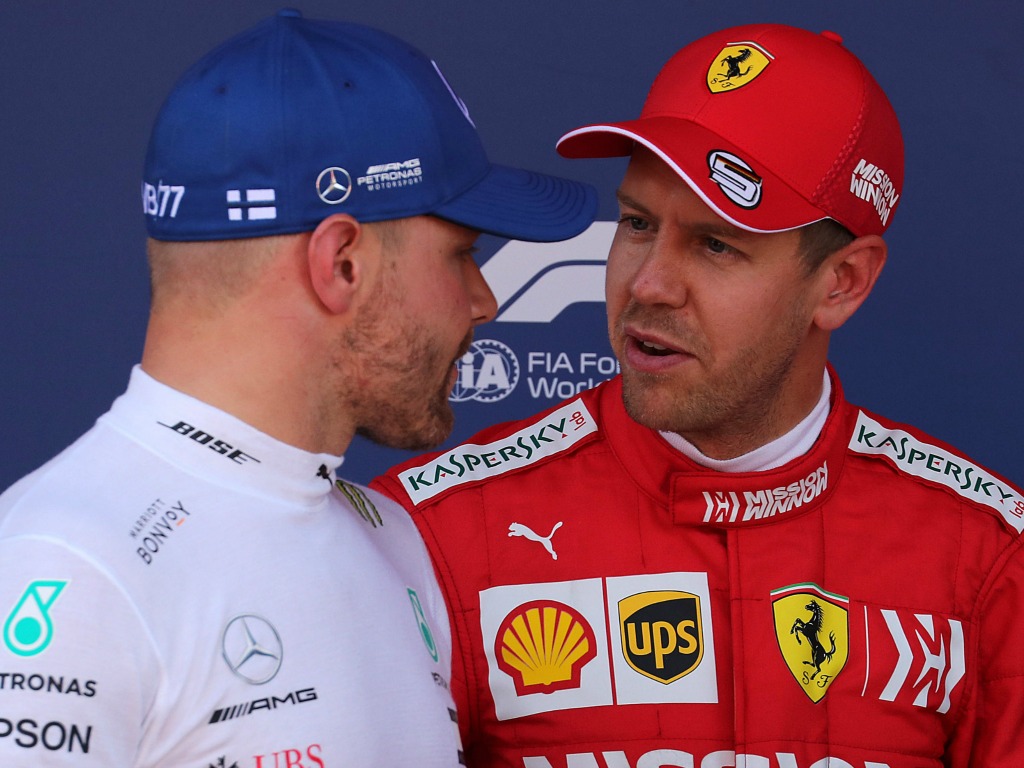 Sebastian Vettel is hoping a “daring approach” from Ferrari in Spain can see them finally enter the World Championship battle.

The Scuderia are facing another difficult afternoon at the Circuit de Catalunya with Mercedes locking down the front row after a very dominant showing in qualifying on Saturday.

Vettel will be trying to hang on to the two Mercs from P3 on the grid and is still retaining some confidence of posing a threat.

“We tried a lot of stuff yesterday and again in qualifying, different directions and we ended up getting the best out of the car in Q3 which wasn’t enough,” Vettel said in Barcelona.

“We are certainly not satisfied but I am very happy with the approach, with the chance that we took in terms of trying something daring.

Something that ultimately it will pay off, maybe not today at least, but hopefully it will help us in terms of pace for race day. And hopefully it sets us off in the right direction for the next couple of weeks.”

Vettel also discussed Ferrari’s issues in the final sector of the Circuit de Catalunya, which he referred to as the team’s “Achilles  heel”.

“Coming here we did not expect [the Mercedes gap] , but I think also we seem lose quite a big amount of time in the last sector,” he added.

“It is quite clear we seem to be faster down the straights, so probably we carry a little bit less wing than them. But in the last sector there are no straights and we are struggling a little bit to bring it together.

“It is not a very long sector with quite some corners, and mostly lower speed, and that is where we seem to be losing the most time.

“There is definitely some homework, we know this track very well, everybody does, but with the conditions today we were just unable to match them.”