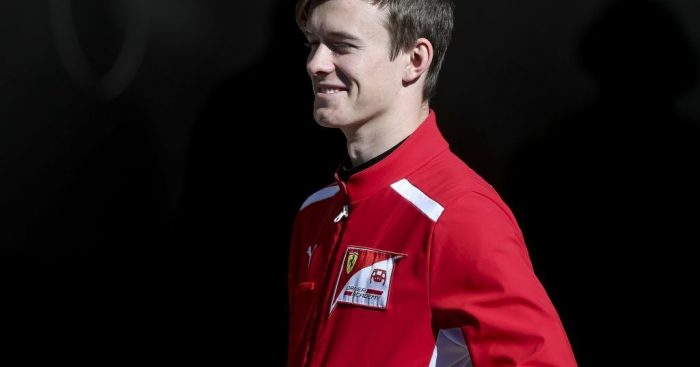 After landing a seat at F2 front-runners Virtuosi Racing for 2020, Ferrari junior Callum Ilott is targeting a breakthrough campaign.

Ilott was the highest finisher of the Ferrari Driver Academy in 2019, seeing off fellow prospects Mick Schumacher and Giuliano Alesi as he secured P11 in the Drivers’ standings.

Competing for the Sauber Junior Team, Ilott was able to score two podium finishes and a pole position, though tyre management proved an issue for the Briton in his rookie F2 campaign.

2020 though will see him switch to Virtuosi who finished P2 in the teams’ standings last year, and Ilott hopes they can give him the platform to deliver a “breakthrough” campaign.

“Being the top FDA driver in [last] year’s Formula 2 standings is definitely a good foundation for me to build on next year,” Ilott told Autosport.

“I’ve always been quick and had some consistently good results in previous years, but I haven’t had the ‘breakthrough’ year as yet.

“I had a great year with Sauber Junior Team but I think Virtuosi is one of the best all round teams in terms of experience, pace and results – so I am looking forward to becoming part of that.

“I’ve only been in F2 one year, but the learning curve is very steep and front-loaded so what you learn in years one and two is much more than what you learn by years three or four in this category.

“I’m pretty confident we have a good starting point for 2020.

“I’m sure there is a lot that I can learn from the team as they’ve been around for a long time and have always been successful.”

Ilott may well face sterner competition from his Ferrari collegues in 2020 – Schumacher will remain at Prema where he will be joined by fellow Scuderia prospect and reigning F3 champion Robert Shwartzman.

Marcus Armstrong joins ART Grand Prix who have taken George Russell and Nyck De Vries to the title in the past two years, and finally Alesi will race for HWA.

Ilott is looking forward to competing against his rivals as they all look to prove themselves to Ferrari.

“I think it’s a good thing,” he said of competing against his fellow Ferrari juniors.

“As we know, they’re all going into very strong teams, which is a good thing to show who’s the quickest and most consistent over every race weekend.

“I’m focused on what I’m doing and how I can be the best driver I can be and won’t worry about anyone else.”