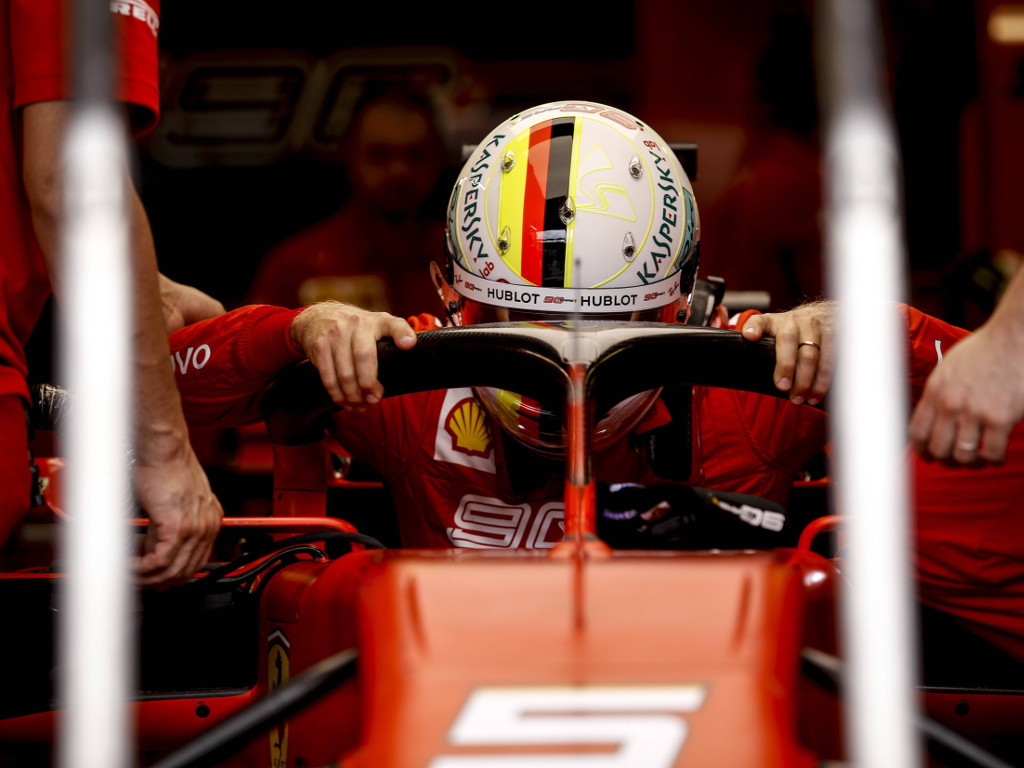 Despite losing to Mercedes by a minute in Hungary, Mattia Binotto does not believe Ferrari have fallen behind, rather he says it was “track dependent”.

Ferrari were off the pace from the get-go at the Hungarian Grand Prix with Charles Leclerc qualifying to Sebastian Vettel’s P5. Both drivers were four-tenths down on F1’s newest pole position man, Max Verstappen.

It was more of the same in the 70-lap race where, by lap 10, it was evident that Ferrari were not the in battle for the victory.

Vettel crossed the line third, 61.4s behind race winner Hamilton, while Leclerc was a further four seconds back.

Binotto, though, is adamant that Ferrari do not need to hit the panic button.

“Our car is lacking in maximum down-force so when you are at a circuit, like Budapest, where maximum downforce is needed, then we suffer.

“And we’re suffering more in the race than in the qualifying because, in the single lap of the ‘qualy’, eventually the grip of the tyres is coping with the lack of downforce you have.

“But on a long distance run, you’re sliding, overheating the tyres and things are more complicated.”

As for Vettel, the four-time World Champion denied that Hamilton and Verstappen’s battle for the win, one in which they dogged one another from Turn 2 to lap 70, meant a faster than normal race.

“So I don’t think they were able to get another second just because they enjoyed themselves.”