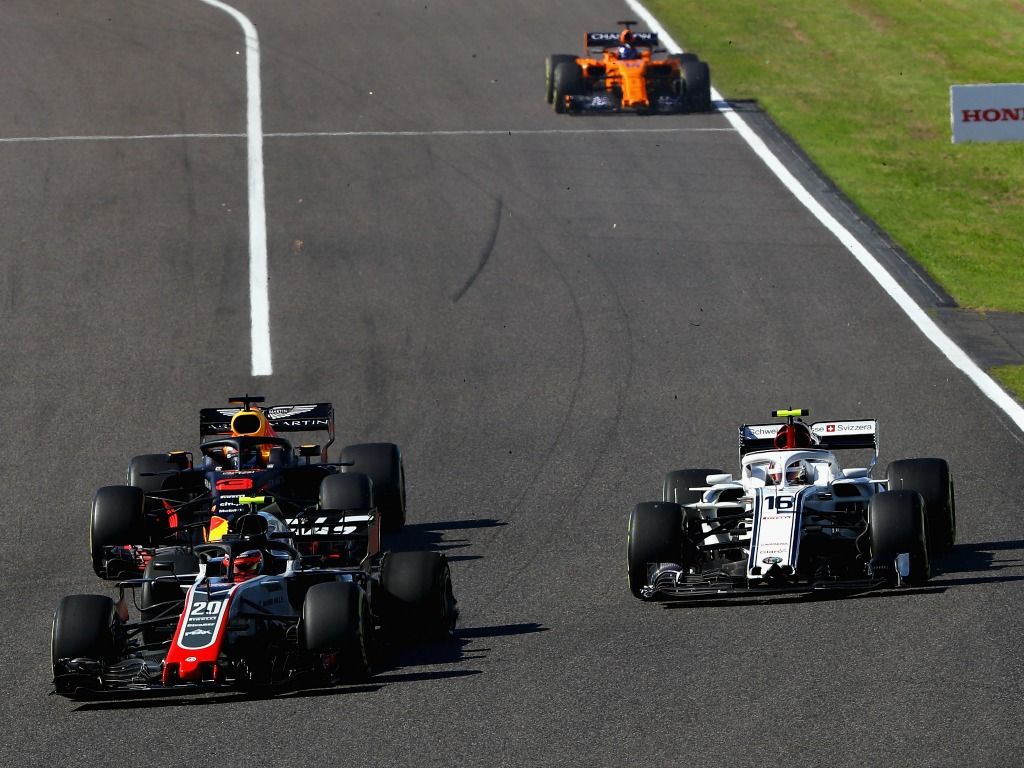 The FIA have admitted that Kevin Magnussen’s block on Charles Leclerc in Japan was too late and action should have been taken.

Magnussen’s defensive tactics were once again brought into question at the Japanese Grand Prix as he prevented Leclerc from overtaking with a late move on the start/finish straight, which resulted in Magnussen picking up a race-ruining puncture due to contact.

K-Mag was not placed under any investigation from the stewards after the incident, but FIA race director Charlie Whiting has said in the drivers’ briefing in Austin, Texas that was the wrong decision.

“Charlie told us that he agreed that Magnussen probably moved a little bit too late,” Sergio Perez told Motorsport.com.

“I think he moved just a little bit too late, given the speed differences, but it’s always a bit difficult with these mirrors as well to see the difference in speed.”

Esteban Ocon added that there was unanimous verdict from the other drivers that Magnussen made his defensive move far too late.

He said: “They said that Kevin did move too late, definitely, and it was not very safe. So probably things are going to change.

“I’ve seen it, and I was the same in Sochi [when Magnussen and Ocon were battling it out], and we touched as well.

“Everybody agreed. Kevin agreed he was too late, he said it to Charlie.”