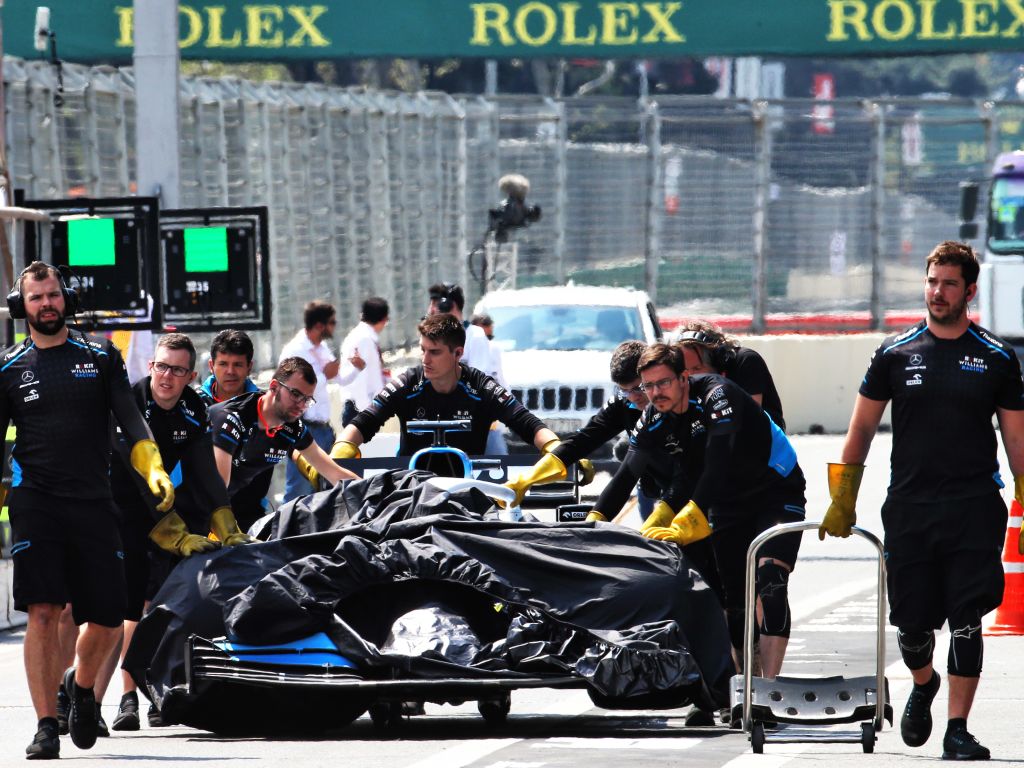 FIA race director Michael Masi said there is “no explanation” as to why a manhole came lose on the opening day of practice in Baku.

The Azerbaijan street circuit wasted little time in living up to its ever-increasing reputation of being a bit bonkers, with FP1 effectively cancelled after a drain cover came loose and wrecked George Russell’s Williams car.

All 300 drain covers that feature on the track had to be checked over as a result and threatened to end the entire day’s schedule.

Thankfully,  thorough checks were carried out relatively quickly and effectively, with F2 qualifying and FP2 for Sunday’s Grand Prix able to take place in the afternoon.

Masi, meanwhile, gave his perspective on behalf of the FIA.

“From our preliminary investigations, it looks as though one of the clamps underneath one of the manholes failed,” Masi told Sky Sports.

“There is no explanation at this point as to why.

“From a precautionary point of view, there is in excess of 300 manhole covers around this circuit, we have checked every single one. From an FIA perspective, safety is paramount so we cancelled the end of FP1 and we moved F2 qualifying back.

“We told the circuit to take as long as they needed to make sure the job was done properly.

“From what we’ve seen so far we’re quite confident and we will go through a further programme tonight and a programme for the rest of the weekend.

“In the short time [after F2 qualifying] they have done a few further checks to make sure and everything appears to be in order.

“We’ve seen these types of incidents happen previously and it’s not something that any of us wish upon, but it’s no difference to a car when something breaks and you don’t know. It happens.”