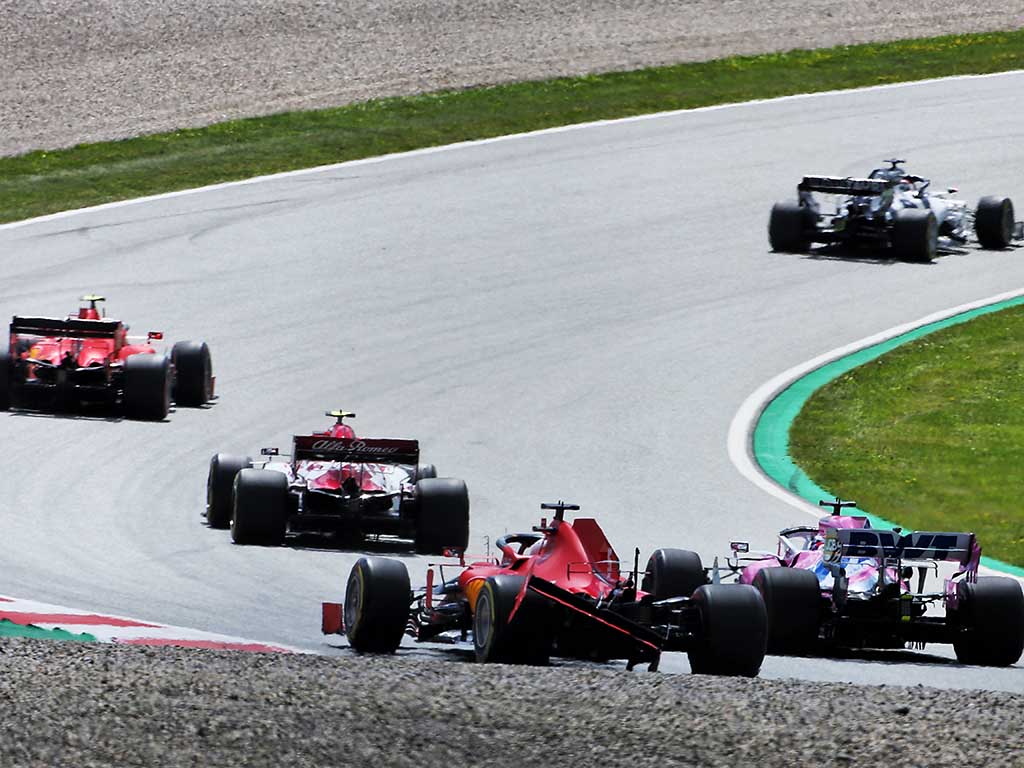 The stewards decided to take no further action on the Charles Leclerc and Sebastian Vettel crash which resulted in both drivers having to retire from the race at the Red Bull Ring.

The replays showed that Leclerc was to blame for the accident and took full responsibility in the paddock afterwards, but the stewards were lenient given the team-mate clash had already resulted in a double DNF for the Scuderia.

“The stewards looked at it at the time and determined the incident didn’t warrant further investigation,” Masi said, as quoted by Motorsport Week.

When asked if team-mate clashes do have an impact on the stewards’ verdict, he added:  “I think it certainly does. Obviously it is taken into account.

“But I don’t know if it is a determining factor either way.

“We’ve seen incidents between two team-mates be penalised before, or otherwise, so I think it has done for many years that it is taken into account.

“To the degree, I think it changes overall depending on the severity of the incident to be honest.”

Vettel and Leclerc collide – and within minutes both are back in the garage#AustrianGP 🇦🇹 #F1 pic.twitter.com/yMs3rvPfa8

There was also some surprise to see Lance Stroll escape a penalty for his move on Daniel Ricciardo that happened off the track.

Masi explained: “That one there they had a look at at the time and the stewards’ view from my understanding from a quick chat when they were investigating it is neither driver was predominantly to blame for the incident.