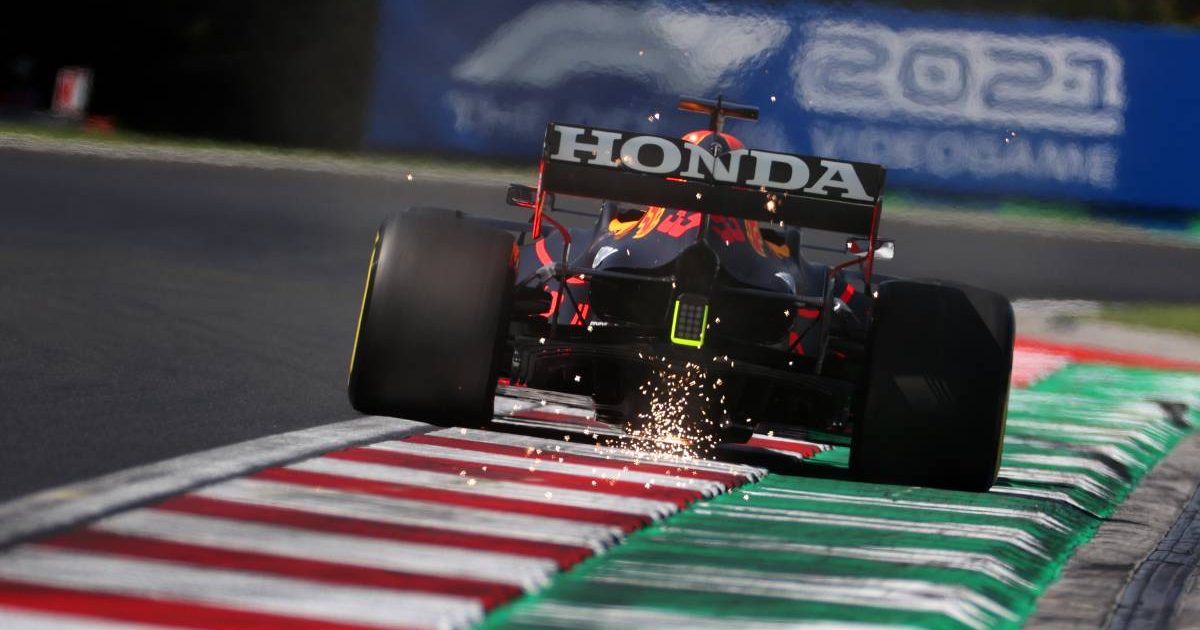 Mercedes believe Red Bull have been slowed down by an FIA directive regarding the Honda engine, according to a report.

Notwithstanding the accidents that have befallen Max Verstappen in the last two races, Red Bull appear to have lost some of their performance.

Having been dominant pace-wise in the five grands prix from Monaco through to the second race in Austria, Verstappen has subsequently found himself beaten by Lewis Hamilton in the last two one-hour qualifying sessions.

The most obvious explanation for that was the aerodynamic upgrades Mercedes rolled out at Silverstone. But Auto Motor und Sport have another theory, based on engines.

They say “there are reports from the Mercedes corner that Honda have been slowed down by a directive from the FIA. Allegedly, there have been disagreements for four months about how the Japanese [manufacturer] operate their energy management”.

The FIA are said to have denied any such directive, although AMuS add that this “doesn’t necessarily mean much” because “as a rule, corrections to the engine are not made public”.

“The technicians of the association discuss them directly with the respective manufacturer. Not even the competition finds out about it,” the report continues.

Red Bull introduced a new engine with a different spec at the French Grand Prix, which Verstappen won from pole position. Three races later, at Silverstone, the engine was damaged when Lewis Hamilton collided with the Red Bull, ending the Dutchman’s race.

After being given the all-clear, that engine powered Verstappen to P3 on the grid for the Hungarian Grand Prix. But it was then changed before the race, incurring no penalty, after it was found to be cracked.

It leaves Verstappen, who now trails Hamilton in the World Championship, facing a grid penalty later in the campaign for exceeding the permitted maximum of three engines used in a season.

The suspicion is said to have been aroused by Hamilton’s pace on the old pits straight at Silverstone compared to Verstappen before their collision, which Mercedes countered by stating the Honda engine was charging at that point and denying they had done anything sinister in their cooling processes.

“Everything is maxed out with our engine,” AMuS quote Mercedes as saying. But their report suggests this story will resurface after the summer break at Spa, quoting Red Bull advisor Helmut Marko: “We’ll keep at it.”