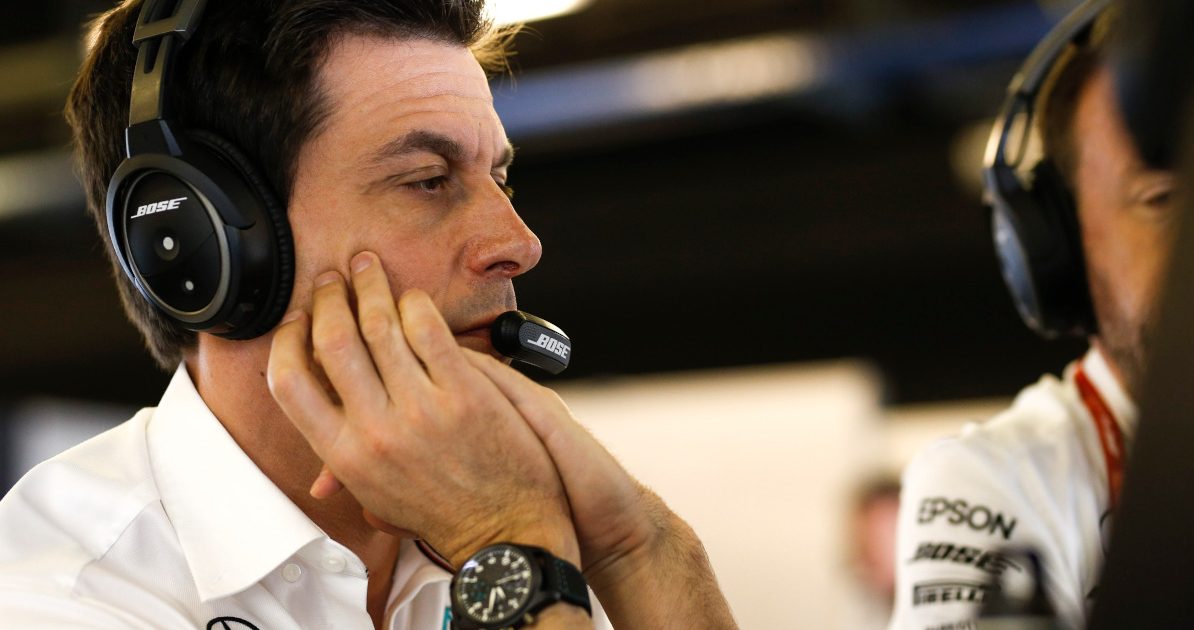 Hitting the Race Control button to tell Michael Masi to wave the blue flags at Nikita Mazepin, the F1 race director says he “very rarely” hears from Toto Wolff during a grand prix.

Mazepin once again had a weekend filled with complaints, not so much from his side but from his rivals’, with Mercedes and Lewis Hamilton the latest to fall foul of his lack of race etiquette.

Coming up to lap the Haas rookie, Mazepin held up Hamilton for several corners resulting in Mercedes motorsport boss Wolff getting on the radio to race control.

Mazepin eventually moved over and Hamilton was back up to speed as he looked to extend his advantage over Max Verstappen as the two battled for the race victory.

Masi says it doesn’t happen all that often that he is contacted by Wolff during a grand prix.

“To be fair, I very rarely hear from Toto on the race control radio,” said the Australian.

Fans were delighted to hear the Formula 1 team boss on the radio to race control, a new ingredient added to the race weekends by FOM.

“It actually came about through a discussion at the F1 Commission meeting last year,” explained Masi.

“So [viewers] could hear a part of the broadcast the communications between the pit wall and the teams, which is the regular part of what we do operationally.

“The F1 Group through their broadcasts, has been doing some trials in the background and seeing what that looks like. And all the teams were advised, and this weekend’s the first time it’s gone live to air.”

Mazepin’s actions didn’t hurt Hamilton with the seven-time World Champion taking the victory by 15s ahead of Verstappen.

Hamilton leads the Drivers’ Championship by 14 points over the Dutchman.