Home News FIA explain penalties given to Bottas and Stroll 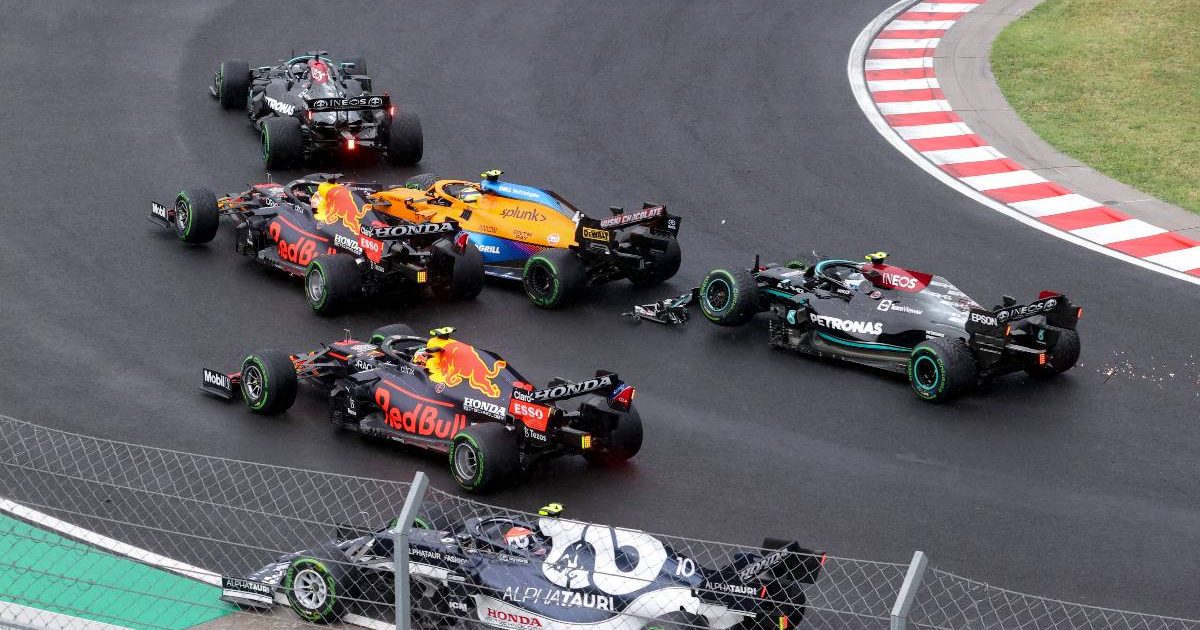 Michael Masi has explained why Valtteri Bottas and Lance Stroll were given five-place grid penalties for the Turn 1 incidents in Hungary.

On a damp track, five drivers were forced to retire before the end of the first lap in Budapest after colliding with one another and picking up serious damage.

Bottas and Stroll were the two who triggered the collisions, with both not slowing down enough and hitting Lando Norris and Charles Leclerc respectively, while the Finn then collecting Sergio Perez.

As the Mercedes and Aston Martin drivers had already retired, they were instead given penalties for the next race, the Belgian Grand Prix, with both having to start five places down on where they qualify.

Masi says there was no question about whether they were to blame, and suggests the penalties would have been harsher if the track had been dry.

“Correct,” he said when asked whether the penalties were clear cut, even in tricky conditons.

“That is why, even allowing for the rain, you could say possibly that if it was dry conditions and the same incident happened, it may have been a stronger penalty.

“But based on that, it was quite clear cut and that is why the stewards said in both decisions that both of those drivers were wholly to blame.

“There was no predominantly or anything else. It was point-blank their mistake.”

Christian Horner made another call for FIA action against Mercedes after a “brutal” Hungarian Grand Prix for his Red Bull team.https://t.co/krDvhWbPHJ #f1 pic.twitter.com/QweAsQufMw

Given that Perez was taken out and Max Verstappen sustained severe damage -ruining his race – due to Bottas’s mistake, Christian Horner felt the Finn deserved a more severe penalty.

The Red Bull boss felt the same after Lewis Hamilton was given a time penalty for colliding with Verstappen at Silverstone and still went on to win.

As he did then, Masi has stated that stewards don’t consider the consequences of incidents when making decisions though.

“As we have said before, it is not the outcome, it is the incident itself,” he added.

“Both of those incidents were judged on their merits and deemed that it wasn’t a three-grid spot penalty… no different to a five or ten-second pit lane drive-through penalty or a stop-and-go.

“It was judged on the basis of the incident, not the outcome.”