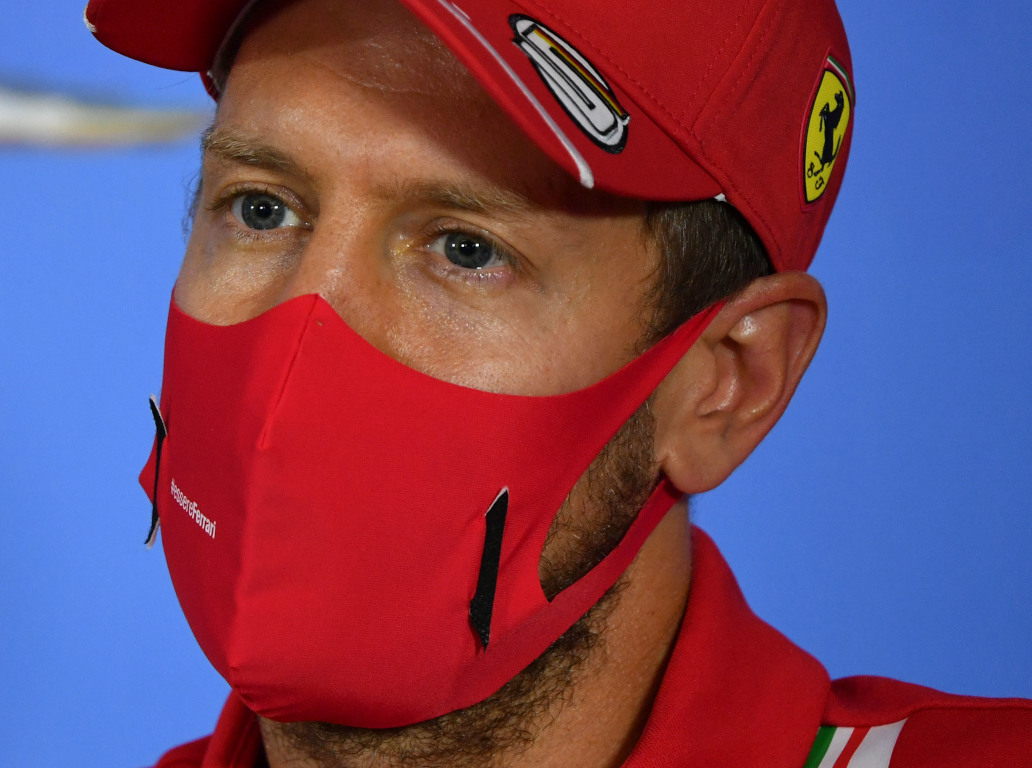 The only document coming from Sebastian Vettel’s brief chat with Red Bull in Austria was a letter from the FIA reminding them to follow protocols.

Vettel was spotted having a chat with his former team boss Christian Horner as well as Red Bull advisor Helmut Marko in the Red Bull Ring paddock.

Given that the 32-year-old will be leaving Ferrari at the end of this season and recently revealed he is looking at other F1 options for 2021, the chat had tongues wagging.

Vettel won four World titles with Red Bull from 2010 to 2013 before leaving the Milton Keynes team for Ferrari in 2015.

That move, though, has not yielded the success either party wanted with Ferrari handing Vettel his marching orders.

“We have a good relationship [with Seb] and why should we not greet each other nicely and talk about the good old times,” he told Sky Germany.

Helmut Marko was asked about this meeting: he said that they have contracts with Verstappen/Albon and the situation hasn't changed.

"We have a good relationship [with Seb] and why should we not greet each other nicely and talk about the good old times"#SkyGermany pic.twitter.com/54X3e0eKmp

Marko has previously stated that Red Bull will likely continue with Alex Albon as Max Verstappen’s team-mate for 2021 and potentially even longer.

While Albon has yet to sign a deal for next season, Verstappen has committed to the team until the end of 2023.

In fact the only document that was generated from Vettel’s brief meeting with the Red Bull bosses was a letter from the FIA reminding both the driver and Red Bull about the coronavirus protocols they must adhere to at all times.

Not only did Vettel lower his mask for the conversation but he was also in the Red Bull bubble, a bubble in which none of the Red Bull people were wearing masks.

Teams were told prior to the Austrian Grand Prix that there must be no interaction between the teams while face masks are to be worn at all times.

Both Vettel and Red Bull have been warned to follow the rules or else they may not be permitted to enter the paddock much longer.

The FIA revealed on Saturday that 4,000 Covid-19 tests had been carried out in Austria, all recording negative results.