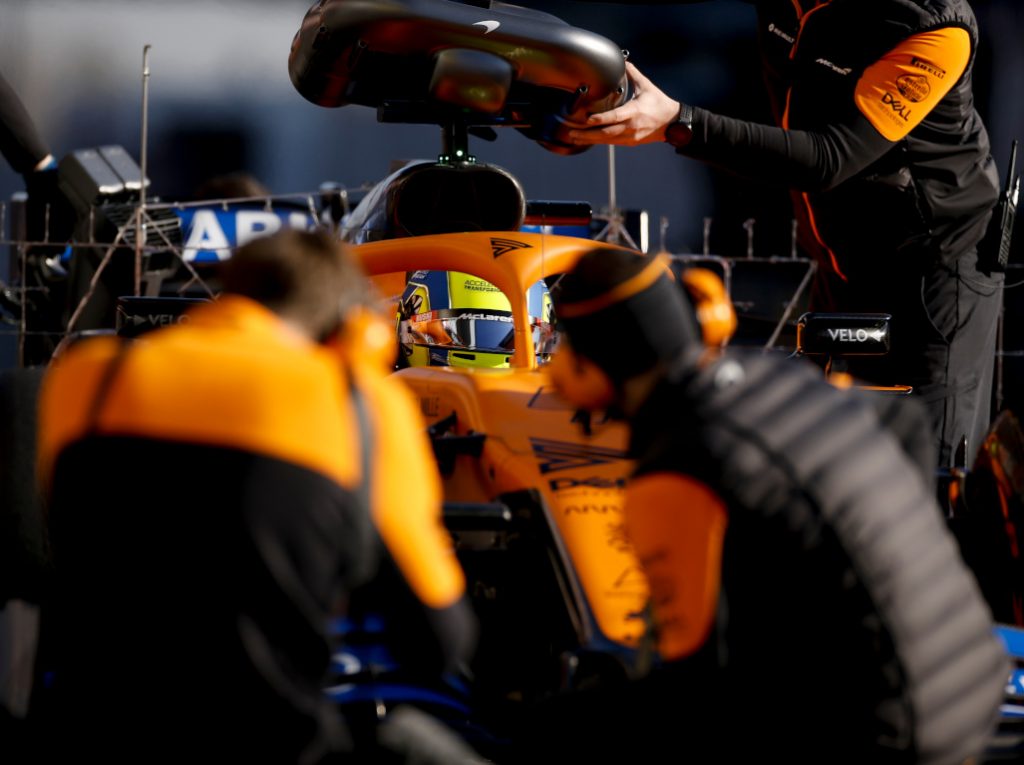 Swapping to Mercedes engines for 2021, McLaren will allow the FIA to “monitor” the change as the team needs to alter its chassis to fit the PU.

Last month Formula 1 announced that all the teams would run their 2020 chassis in 2021 in a bid to cut costs.

But while that is fine for nine of the 10 teams, for McLaren that poses a problem as the team is swapping from Renault to Mercedes engines in the off-season.

The Woking team has been given the go-ahead to alter its chassis to fit the new PU.

But with Formula 1 also set to freeze other parts, yet to be decided exactly what, the FIA will watch over the McLaren changes.

“For sure there will be be restrictions in terms of how good we can integrate this power unit into the current car,” McLaren team principal Andreas Seidl told Motorsport.com.

“We have agreed together with the FIA that they will monitor very closely that we are only allowed to do the changes that are absolutely necessary to install the Mercedes power unit.

“So they will monitor closely that we don’t touch any other areas in the surroundings of the power unit which will give us, let’s say, additional performance gains.

“We fully understand and we agreed to this also, because in the end we need to look at the bigger picture. That is, we need to agree and we support all this freezing that is happening at the moment.

“Because again, as I said before, that ensures maximum cost saving for everyone for this year.”

McLaren’s current deal with Renault expires at the end of this year, however, should the 2020 Formula 1 season run into January, Seidl is confident Renault won’t leave them without engines.

“If that really happens, that we are going racing in January, I don’t think that there will be any issue regarding our agreement we have with Renault,” he said.

“I think it’s important to state also we have a great relationship there and an open and transparent relationship for this year. So, I don’t see an issue.”