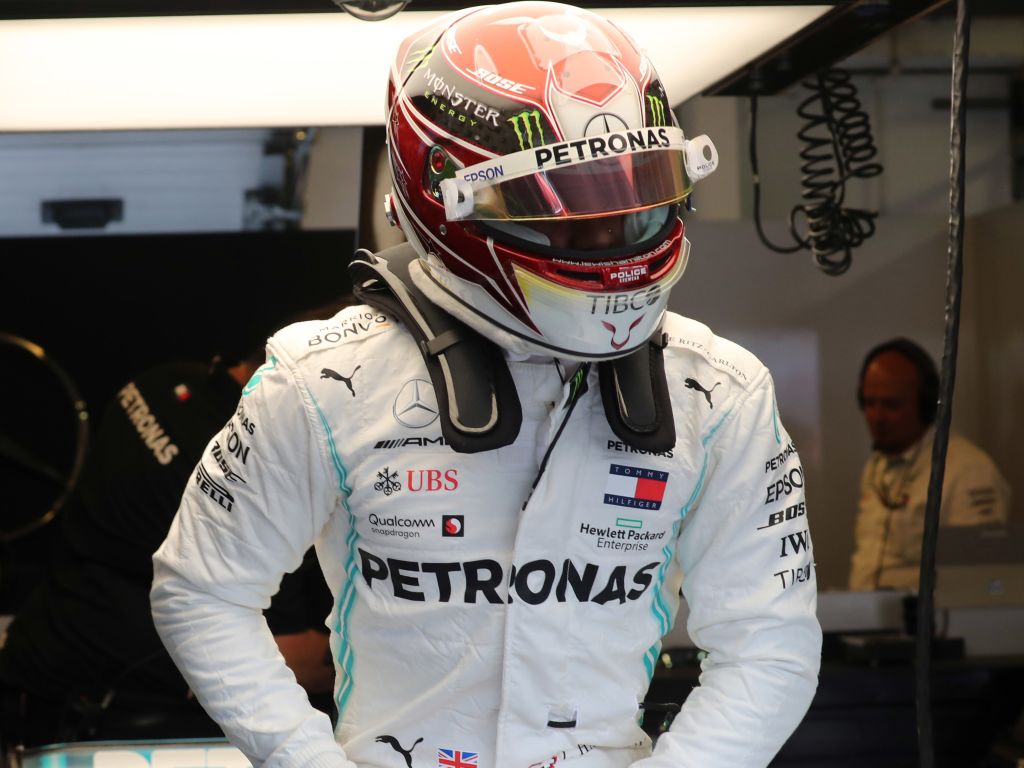 Lewis Hamilton has warned that he is “always down for a fight” after qualifying behind Max Verstappen and Valtteri Bottas in Hungary.

Verstappen claimed pole for the first time in his Formula 1 career on attempt number 93, while he also became the 100th pole sitter in the history of the series.

The Red Bull man took the fight to Mercedes throughout qualifying and ultimately took pole from Bottas by just 0.018s, with Hamilton being forced to settle for third.

Hamilton, who won this race last year, will be forced to start from the second row this time around, but he warned his rivals that he is “always down for a fight”.

“I’m always down for a fight. There’s a long way down to Turn One so it should be interesting,” he told Sky Sports F1.

“Hopefully we can give them a run for their money.”

Hamilton admitted that qualifying “got away from him”, but he isn’t ready to give up on taking the win come Sunday.

“Naturally, you’re always going to be targeting first, but Max did a great job and so did Valtteri,” he explained.

“It kind of got away from me a little bit in qualifying but I’m still in a good position to fight for the win.”

VB misses out on pole by just 18-milliseconds! 😱

That equates to a gap of 1.06 metres at the line…#HungarianGP pic.twitter.com/VM5qBSSjSR

Bottas came so close to taking pole for himself, but after missing FP1 with a power unit issue, he admits that it wasn’t until Saturday morning that he started to get into his rhythm.

“We’ve been chasing it pretty much all weekend since missing practice one, but we really only started to get into the rhythm of it this morning,” he confessed.

“It was getting better and better in qualifying and I was pleased with the time in the end. I’m still going to fight for the win.”