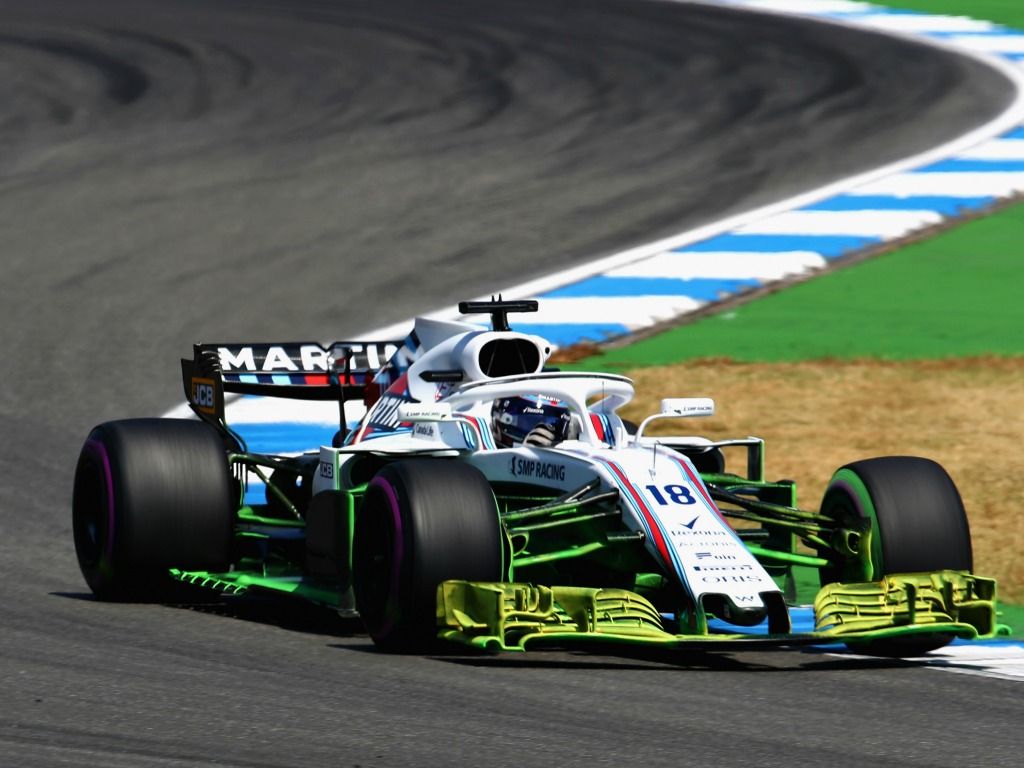 Sergey Sirotkin has described Williams’ new front wing in Germany as a “step in the right direction” for the team.

2018 has been a wretched season so far for Williams, who currently prop up the rest of the constructors with just four points to their prestigious name.

The FW41 was a clear stand-out at the Hockenheimring with its flow-vis paint looking like the old Brawn GP car.

And while it is nowhere near as competitive as that classic car, Sirotkin has been encouraged by its’ initial introduction.

“There are some interesting things to look at,” Sirotkin said.

“I mean we never said this is something which gives us a laptime on its own, but we do see some good improvements.

“It definitely gave us a more stable base, and a more stable airflow. That is what we can already see, even having not passed through the process of adaptation yet.

“From now on it is more about turning this more stable base into the performance which, obviously not having this base [before], we could not do in the past.”

Chief technical officer Paddy Lowe also praised the team for the work carried out with the new front wing.

“It was a pretty good day,” Lowe reflected.

“We brought a new front wing to this event which is completely new from left to right. We conducted a very thorough programme in FP1 with a lot of data flow measurements and flow visualisation. At one stage the car was almost completely painted green.

“The programme was extremely well executed by the team both in preparation and execution. We’ve adopted the front wing for the rest of the weekend, as it did everything intended and we obtained positive comments from the drivers.

“We continued work in FP2 with a range of tyres and some further aerodynamic tests. We have a lot of analysis to do tonight to determine how we configure the car for the race, but so far so good.

“A special thanks to the team back at base for all of the effort to get these new parts to this event.

Sirotkin finished FP2 in P19 while team-mate Lance Stroll, linked with a move to Force India, was P18.