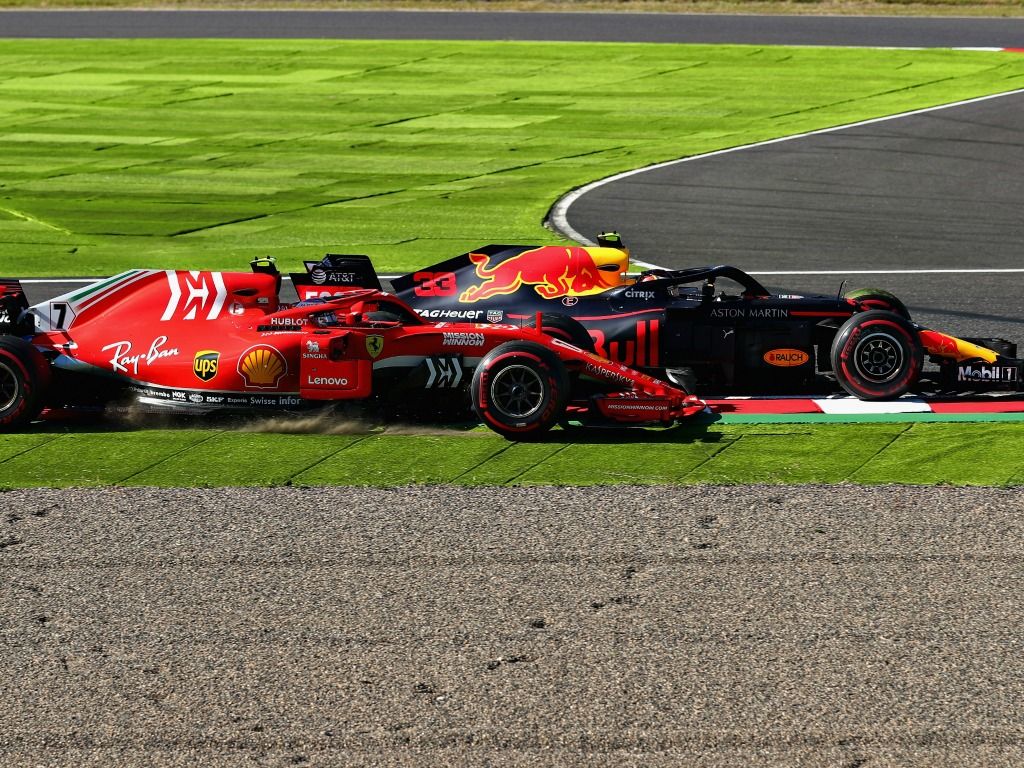 Max Verstappen vented his anger at the five-second penalty he was given by the stewards for his incident with Kimi Raikkonen.

The Dutchman was given a five-second penalty for “leaving the track and not returning safely” having locked his front right tyre.

When he came back onto the track at the exit of the chicane, he made contact with Kimi Raikkonen and was given the penalty by the stewards.

“I braked a little bit too late into the chicane so I did everything I could to get back on to the track,” Verstappen said.

“I think I did it in a safe way because I was not crazy fast onto the track but Kimi [Raikkonen] chose the wrong line in the chicane.

“He could have also just waited for me to come back on the track so we touched a little bit but I think it is really ridiculous, those five seconds, but anyway. We managed to survive that.”

Just six laps later, the Red Bull man was then hit by Sebastian Vettel as the German tried to get past into the Spoon Curve.

Vettel went for a lunge at Spoon, but there was no room – he drops to P19 👀#JapaneseGP 🇯🇵 #F1 pic.twitter.com/hYNMSvrC3R

Despite the damage, Verstappen managed to bring his RB14 home in P3, but it could easily have been the top two for the Dutchman.

“I think in that corner you cannot overtake, I even gave him space but he understeered into my car,” he added.

“It is a shame but still happy to be on the podium.

“We didn’t really have a chance but in general, to nurse the car home with the damage I had on the floor, we did a great job.”

Verstappen might have had a chance to get past Valtteri Bottas at the end, had it not been for the damage.

He was the only man in the top five to put the soft tyres on for the second stint, with the rest of the front-runners going for the mediums.

“The strategy, initially was a bit tricky with the supersoft tyres but once we got the soft tyres on, it was actually working really well,” the Red Bull man said about his strategy.

“I think you could see at the end that we had the pace, even with the damage so I am really happy with that.”

With the P3 finish, Verstappen extends the gap to team-mate Daniel Ricciardo in the Championship standings to 27 points. They sit in P5 and P6.