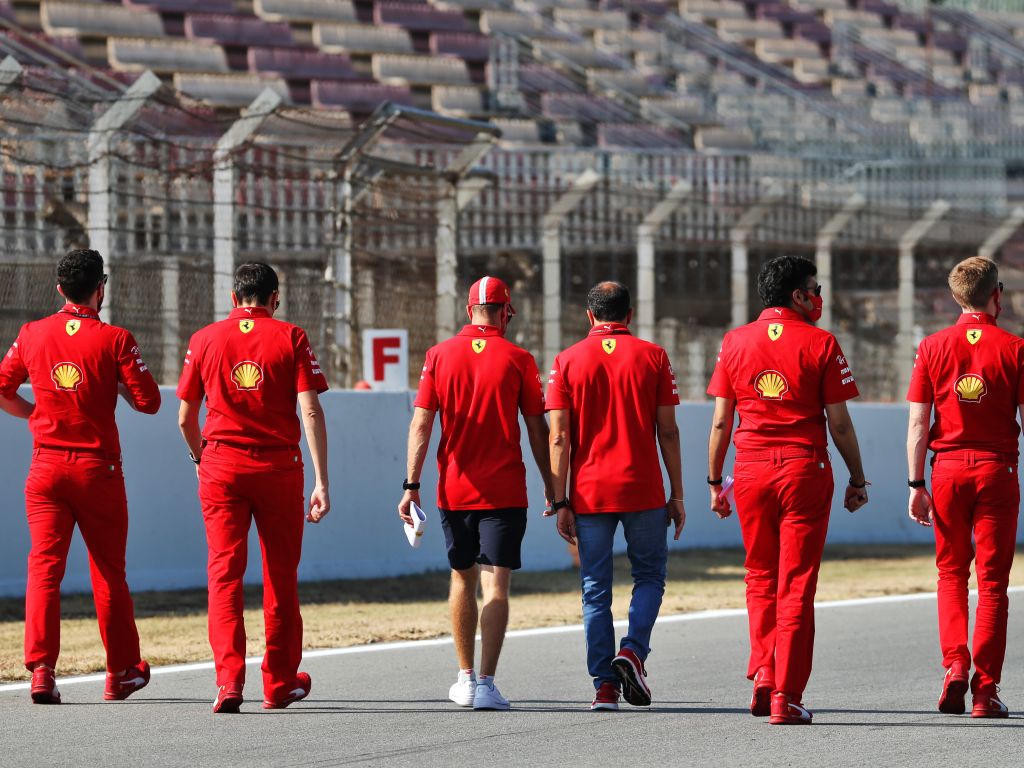 Ex-Formula 1 team boss Flavio Briatore is the latest person to call Ferrari out over a lack of leadership.

The closing stages of 2019 were more of a struggle for Ferrari that they would have hoped, after the performance advantage they had found slipped away following a series of technical directives from the FIA relating to engine performance.

But the Scuderia still ended the season in decent shape and were expected to take the fight to Mercedes in 2020 alongside Red Bull to make it a three-way fight.

It hasn’t worked out that way though. Never mind fighting for titles, so far in 2020 Ferrari have been fighting it out in the midfield pack, though Charles Leclerc has taken full advantage of opportunities when they have presented themselves to score two podiums.

The team don’t expect to be fighting for wins again until 2022, and already ex-F1 boss Bernie Ecclestone has said the team are lacking a leader.

Team principal Mattia Binotto had been under pressure, but retained his position in a recent restructuring of Ferrari’s F1 staff.

And Briatore has also said the team lack a clear leader, going as far as saying that right now, “Ferrari is not really Ferrari”.

“There are people who always follow the difficult path – the most complicated roads,” Briatore said in an interview on “The Insider”, the Italian blog of Betway.

“And at the moment that is Ferrari.

“Ferrari has an important business and a spectacular name – any driver would want to drive for them for two or three years.

“But then you look at the track and they have had problems for years. They’ve had great drivers and not won anything, and there must be a reason.

“The reason in this case is that Ferrari does not have clear leadership. When there is no clear leader, not everyone pushes in the same direction.

“If the direction is set by three, four, five people, the results are what they are.

Ferrari has confirmed that four-time World Champion Sebastian Vettel will receive a new chassis for the upcoming Spanish Grand Prix.

The disgruntled German racer criticised Ferrari at the 70th Anniversary Grand Prix, telling them that they “messed up” his strategy, though a first-lap spin certainly didn’t help his race.

Leclerc finished the 70th Anniversary GP at Silverstone in P4, saying it felt like a “victory” for him, and will be hoping for more of the same at the Circuit de Barcelona-Catalunya.