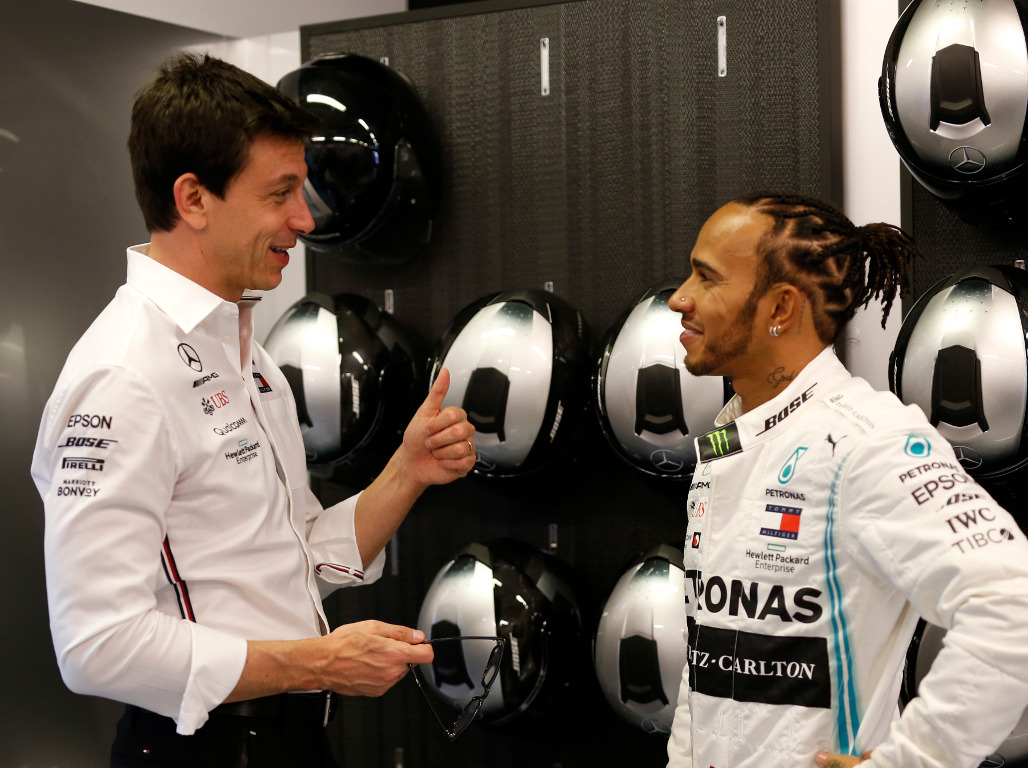 Forget a switch to Ferrari, Mercedes boss Toto Wolff joked his next move will be to “Mars” with Lewis Hamilton to see if they can win anything there.

Rumours have ramped up in the off-season of Hamilton perhaps leaving Mercedes, the team he has won five Drivers’ Championships with, and signing with rivals Ferrari for 2021.

Ex-F1 team owner Eddie Jordan then complicated matters further when he suggested that Wolff, whose future as Mercedes principal is also in doubt, would join Hamilton at the Scuderia.

Both Hamilton and Ferrari have admitted to being in contact, but it seems Wolff has grown tired of answering the rumours seriously, and so gave an odd alternative.

“Sounds like a good plan,” Wolff said in an interview with Kronen Zeitung newspaper, as quoted by Grandprix247.com.

“But I’d rather put something else out there: fly to Mars with Lewis and see if there is anything to be won there.

“In all seriousness, I want to be successful with Mercedes in 2020, and what happens after that will be decided in the next few months.”

With the 2019 campaign now over F1 is preparing to shut down over the Christmas period, but Wolff still will find it hard to relax.

“Three weeks of vacation won’t help – you also have to have periods of recovery throughout the year,” he explained.

And when F1 does come back for the 2020 season, Wolff says all Mercedes need to do is give Hamilton a competitive car and he will tie Michael Schumacher’s record of seven titles.

“If we give him a car that is at the level of the others – it doesn’t have to be better – then he will do it because he has the qualities,” said the Mercedes boss.