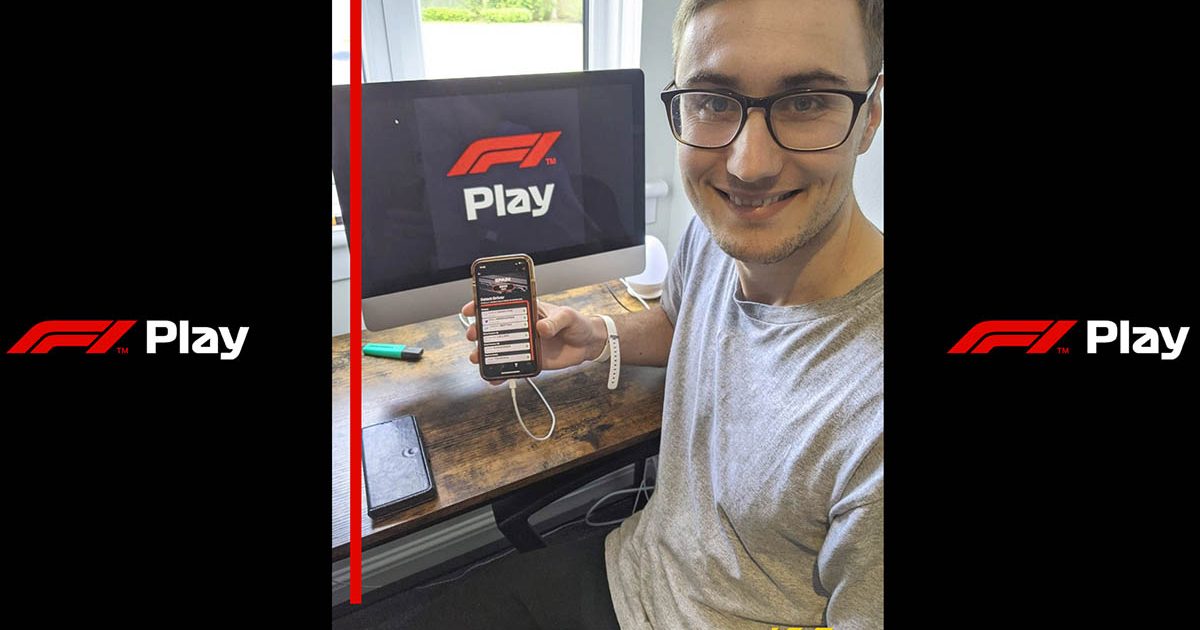 Motorsport fanatic Josh Fisher grabbed the prize of a lifetime when he overcame odds of more than 43,000/1 to hit the F1 Play game jackpot last weekend.

The 27-year-old from Glasgow scored 10 out of 10 on his predictions for the Spanish Grand Prix in Barcelona to scoop a VIP trip to a Formula 1 race next season.

To net that perfect score Josh had to predict 10 outcomes – including among other things the podium finishers, the fastest lap, the first retirement, the winning margin and whether there would be a Safety Car.

He really started to think the win was on when AlphaTauri driver Yuki Tsunoda was first to retire.

“When Yuki stopped I messaged Jamie, my best mate and F1 Play league rival who always beats me, saying this is finally my week after two years with the safety car out and first to retire in the bag,” Josh said.

“Then when Lewis overtook Max with six laps to go I was thinking about how I was sitting on 8/10 on F1 Play. The two things I needed then were at least a 15-second winning margin and Max Verstappen to get the fastest lap.

“Then Max pitted to get the chance at fastest lap and started flying.

The rest, as they say, is history, as Verstappen duly produced the fastest lap, and Hamilton came home just over 15 seconds in front.

Josh is still in a state of disbelief about his astonishing feat, adding: “I am amazed that this has actually happened and it still hasn’t fully sunk in yet.”

This was the first perfect score on F1 Play since 2019, when Dutchman Bart Altenburg bagged 10/10 in a wild Austrian Grand Prix won by his hero Max Verstappen. His prize included meeting Max during a fantastic trip to the 2019 United States Grand Prix in Austin, Texas.

Josh’s day, meanwhile, was doubly sweet, as it also gave him bragging rights in the Fisher family’s very own sporting rivalry.

He said: “We have a family rivalry in all sports as my uncle is Dutch and sports mad. Any time it’s Britain vs Holland there is more at stake for bragging rights, and when the UK can come out on top it makes it more special.

“So, with Lewis overtaking Max, I have the once-in-a-lifetime win on F1 Play and one up on my Uncle Cor!”