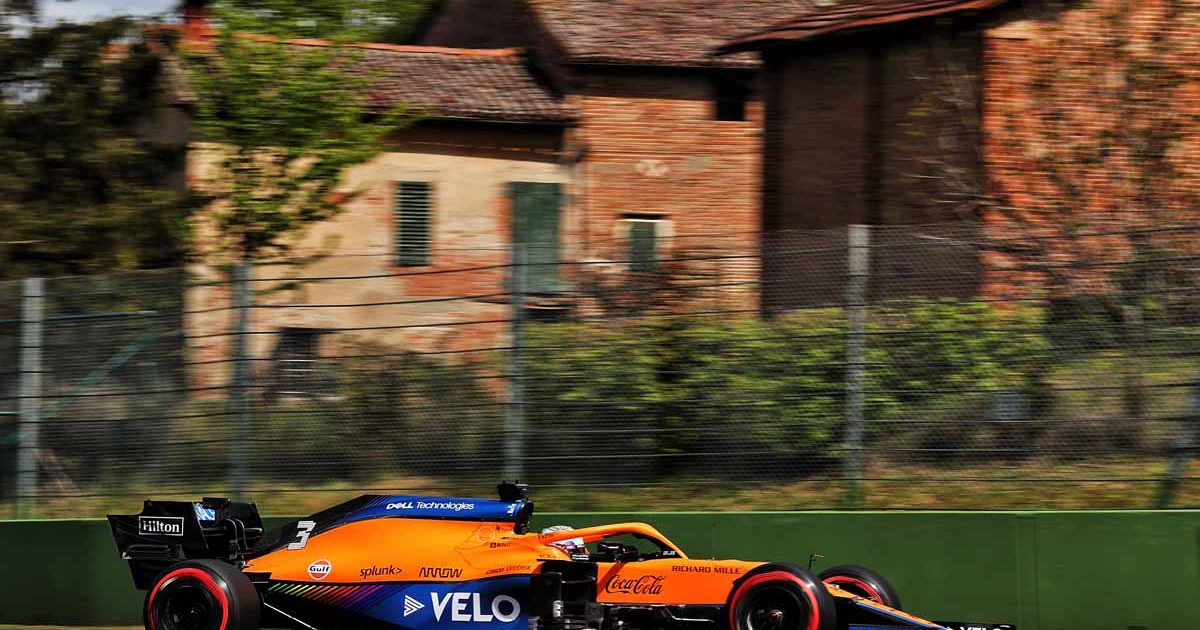 The Formula 1 organisation confirmed that a local fibre optic line failed, leading to a series of technical issues on Friday morning at Imola.

This outage had a profound impact on how the session was broadcast, with a key failure being team radio transmissions between the pit wall and drivers, as well as driver tracking and onboard cameras being unavailable during the session.

As a result, engineers were unable to tell their drivers what the traffic situation was on track, with drivers often told when to move over for faster cars behind.

This is believed to be the cause of the contact between Esteban Ocon and Sergio Perez in the first practice session, with the Red Bull tagging the slow-moving Alpine and ending both drivers’ sessions early.

Both are out of their cars and their FP1 is over #ImolaGP 🇮🇹 #F1 pic.twitter.com/aZKrVqdAGm

The failure took place at the start of FP1 and, while Formula 1 were able to use a ‘recovery mode’ that allowed the teams to follow basic processes via a satellite link, the issue was only fully rectified before the start of FP2 – leaving team bosses frustrated at the inconveniences caused by this issue.

“I don’t know if in all the teams we had exactly the same problems. But for us, it was very difficult, especially on Charles [Leclerc], no way of communicating to him.

“It’s difficult because you cannot give him advice on the cars following, so then there can be impeding situations which are not voluntary at all, but very difficult for the drivers as well to know who is coming behind.

“On top of that we are running our race power unit, because those power units are the ones we fitted in Bahrain and are used for the entire weekend. So obviously, if you’ve got any problems, you don’t know how to react and to communicate. So these type of problems are serious.”

Aston Martin’s Otmar Szafnauer echoed those comments, adding: “Until you lose that kind of data I don’t think you realise how much you rely on it.

“It was like we were blind on the pit wall. Even driver communication wasn’t working. It made things much more difficult.”

Fred Vasseur, meanwhile, was less concerned – with the Alfa Romeo team principal likening the outage to being a throwback to days gone by.

“The experience was a bit strange because we had no lap times,” he said. “We had the data for safety at least. It was just for the first stint until the mid-session, so it’s OK for me, it’s not a drama.

“We discussed it after the session, because the drivers were complaining about the radio, but 20 years ago the guys were able to drive without the radio…”