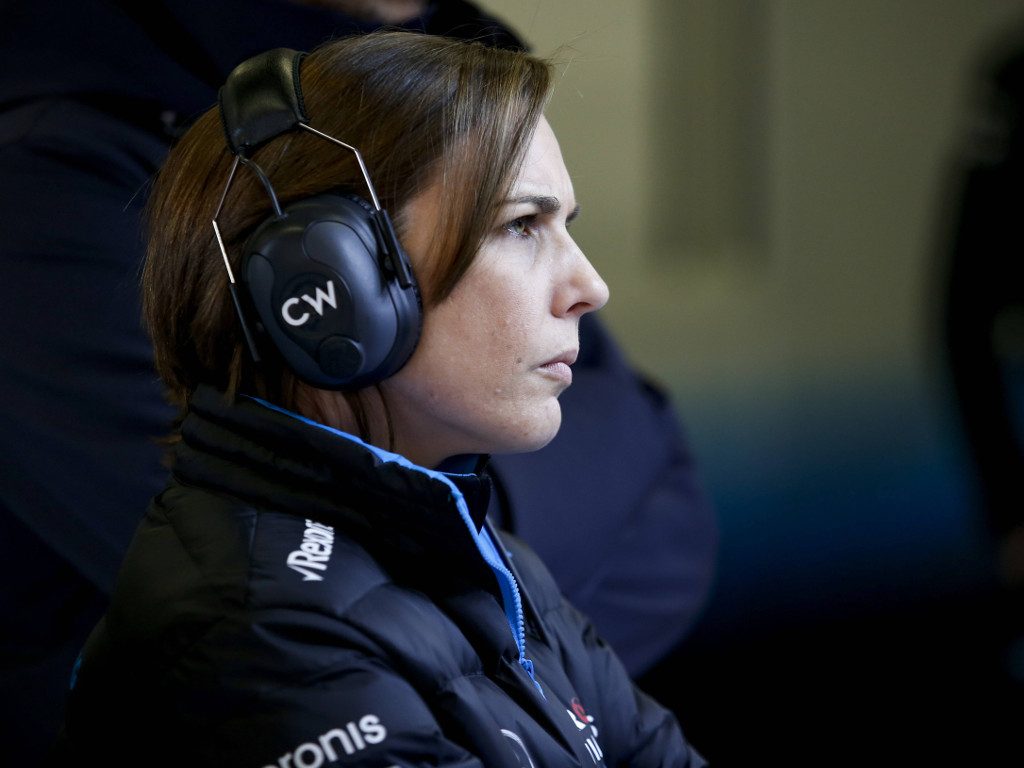 Deputy team principal, Claire Williams, is “not particularly happy” with Formula 1’s two-tier system which is stunting competition and growth in the sport.

The issue of very close working relationships between teams was one of the hot topics of pre-season testing again when Racing Point turned up to Barcelona with the RP20, as known as ‘the pink Mercedes’ due to its extreme likeness to the Silver Arrows’ title-winning W10.

Meanwhile, there is plenty of crossover between Red Bull and AlphaTauri, and between Ferrari, Haas and Alfa Romeo but the likes of Williams, Renault and McLaren are still trying to create their own unique paths to Formula 1 success again.

Williams says the current model and the allowance for teams to work so closely together is stopping Formula 1 from being as competitive as it really should be.

“I think that we need to create a sustainable sport for all the teams,” Claire Williams said via Autosport.

“The work that F1 have done in recent times, particularly around the financial model, has been so important so that we can create sustainability and stability for teams like ours.

“All business models should have the right to survive, but also thrive in this sport. That’s really important. And I wouldn’t want to see a next step with this.

“I think we need to put a pin in this where we are now – if not take it back a little bit. We’re not particularly happy with where things are – not least because it creates a two-tier championship.

“You want to create a platform whereby every single team in this sport has the opportunity to score points, be on the podium and win races. And at the moment, we just don’t have that.”

Something of a more pressing matter, though, is just mere survival during these troubling times because of the Coronavirus pandemic.