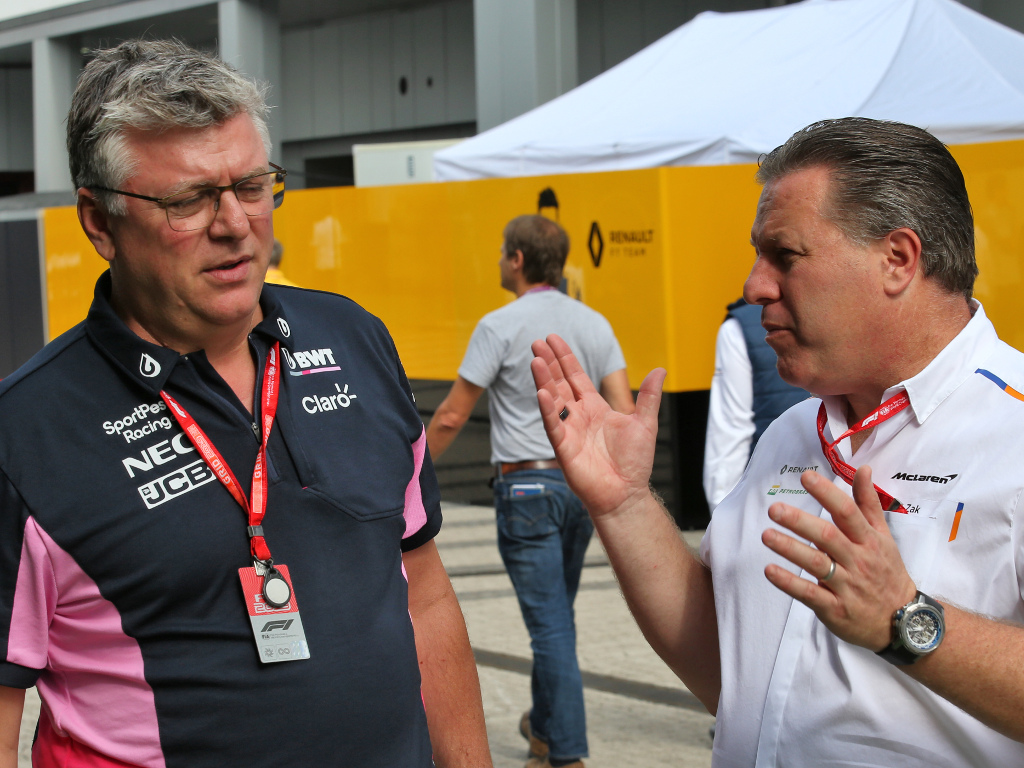 The F1 bosses will meet with Liberty Media and the FIA on Wednesday for crunch talks with Zak Brown calling for “radical change” for 2021.

Earlier this year F1 pushed back the deadline for the 2021 regulations to the end of October.

However, weeks away there are very few signs of agreement.

As such the team bosses will meet with Liberty Media, the FIA and any members of the Grand Prix Drivers’ Association who wish to attend in Paris this Wednesday.

While the sport’s top three teams want the rules pretty much as they are, the smaller teams want big changes.

“The amount of money we are spending is unnecessary relative to putting on a great show for the fans, which is what motor racing should first and foremost be about.

“If you have a lot of fans around the world you’ll have lots of sponsors, lots of promoters selling tickets, lots of manufacturers selling road cars etc. I think the F1 spend is way too much, and clearly we need closer racing and more unpredictability.

“I think Formula 1 is headed on the right path. I think it does need some drastic change and I’m confident that’s going to come in 2021.”

However, Racing Point team principal Otmar Szafnauer fears a lot of the initial plans set out at the beginning of this season by Liberty Media have already been watered down.

“Things have got diluted a bit. Cost cap, better income distribution, things are happening but not to the same level that some of the small teams wanted,” he said.

“I guess if you look at it it’s probably a compromise. The big teams probably wanted nothing.”

Ferrari team boss Mattian Binotto has vowed to play an integral role in deciding the new rules and was once again asked about the Scuderia’s veto on Friday at Suzuka.

He replied: “I think there are still a lot of open points and discussions are still ongoing so how will be the conclusion of all these discussions, it is very difficult to say at the moment.

“But certainly, as Ferrari, we are intending to play our role, we believe as Ferrari because of what Ferrari represents for F1, we’ve got a voice, an important voice in the discussions but no doubt that there’s still a lot of points to be addressed.

“In terms of the veto – you mentioned the veto – as I said I think last time in Sochi that will really be a shame. I don’t think that should be the case at all.

“I think we’ve got a good and open discussion with the stakeholders at the moment and I’m as well somehow hopeful that we can find the right compromise at the end.”