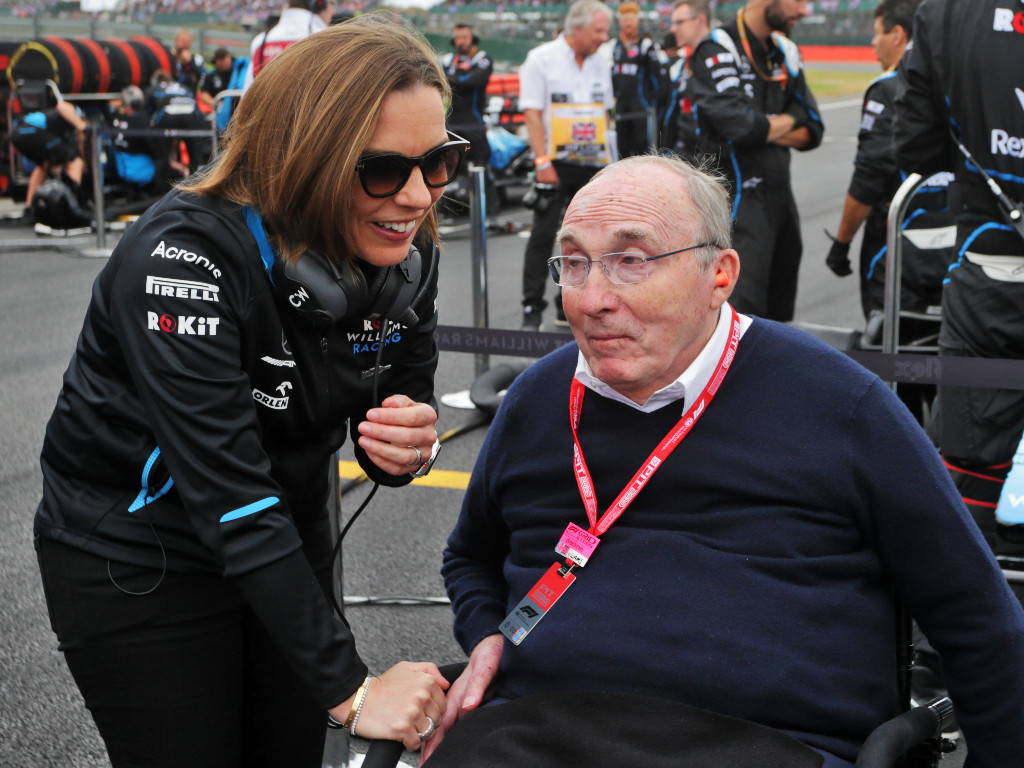 The whole Williams family will walk away from Formula 1 after the Italian Grand Prix at Monza. It is truly the end of an era.

Sir Frank Williams co-founded the Williams F1 team back in 1977 alongside Patrick Head, and since then the team have won 114 races, claimed 312 podiums and have nine Constructors’ Championships and seven Drivers’ Championships to their name.

But the company have now been taken over by Dorilton Capital and Claire Williams announced that following the Italian Grand Prix she will leave her role as deputy team principal as the Williams family walk away from Formula 1.

Williams were the last of the true family-owned teams in Formula 1, and tributes have been flooding in from the motorsport community.

For all the memories and iconic Formula 1 moments, we say thank you Williams!

Mercedes junior George Russell led the tributes having joined the team ahead of the 2019 season, making his Formula 1 and Williams debut at the 2019 Australian Grand Prix.

I wouldn't be where I am today without Frank and Claire. They gave me my shot in F1, like they have done for so many drivers, engineers, mechanics and countless others over the years. Thank you for everything. We'll keep driving like hell to honour the Williams name.

German racer Nick Heidfeld scored his only pole position in Formula 1 driving for Williams at his home race, the 2005 German Grand Prix. He scored three podium finishes with the team that year.

An era ends. @WilliamsRacing
announcement of family stepping back from F1 emotionally hits. Had the honor to drive for Franks pure racing team in 2005 claiming my only Pole, on home grounds. My F1-fan eye even more vividly sees/cheers their cars partly dominating the 90s. #sad pic.twitter.com/zuQRX7sHQO

Daniel Ricciardo made his Formula 1 debut in 2011 and as a fan of the sport wanted to thank Williams for all their contributions to the sport over the years.

Ex-F1 driver turned pundit Karun Chandhok has been a Williams Heritage Driver since 2016.

End of an era as the last of the family owners (like Chapman, Tyrell, Ron Dennis, Minardi) in F1 bows out. A sad day to see the house that Frank and Patrick built be vacated by the family but inevitable that the new owners would want their own people in charge of the business now https://t.co/uKPuTDGJrE

Nicholas Latifi made his debut with Williams after being signed for the 2020 season.

"There's always going to be a special place in my heart (for them) as Claire and Frank gave me the opportunity to cut my teeth in F1. They trusted me to represent them, their name, and all the employees who work for the team. It's always something I'll remember."@NicholasLatifi pic.twitter.com/qfHRHQ1HZg

Damon Hill’s World Championship came with Williams in 1996. He is looking forward to seeing what the future holds for his former team.

This will be an interesting story. Who are they? And what can they do with Williams? We shall see in time. Meanwhile, all the best to the heroic Williams family and a massive thanks for all you brought to the sport @WilliamsRacing #f1 #WilliamsF1 https://t.co/CoJoGSi4NS