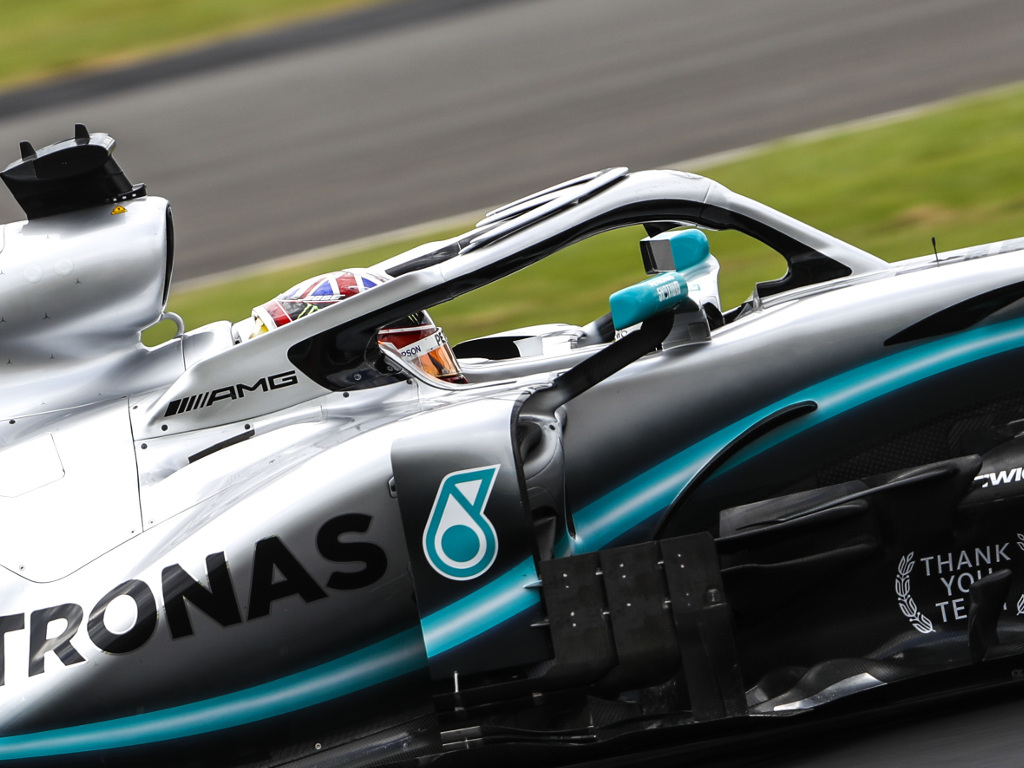 With dark clouds building over the circuit, and no rain forecast for the rest of the weekend, there was a flurry of activity at the start of Friday’s first practice for the Hungarian GP as the drivers looked to take advantage of a dry track.

Robert Kubica immediately laid down a 1:30.9 and that was destroyed seconds later by Lewis Hamilton’s 1:20.7. 10 minutes into the session, with the warning that rain showers on the way, seven drivers had set times with Charles Leclerc up in P1 with a 1:19.638.

Valtteri Bottas was in a spot of bother after he was called to pit very late in his lap as Mercedes saw a “misfire” with his engine. He entered the pits on the wrong side of the bollard which, given this is practice, may just be a fine but could be a penalty.

Bottas was left stuck in his garage as Mercedes changed his engine, putting in one that was already in his pool meaning no penalty.

Back out on track, Hamilton reported a brake balance issue but still went P1, a 1:18.077. That put him half a second up on Max Verstappen while Sebastian Vettel was a further tenth off the pace.

Verstappen closed the gap to 0.08s and then went quickest only to again lose out to Hamilton, the P1 time down to a 1:17.565. Verstappen was purple in the first sector, Hamilton in the second and third.

Lance Stroll was the day’s first spinner as he got it wrong at the chicane. Too much inside kerb and he lost the rear but somehow managed to avoid the Armco barrier. Not to be outdone, his team-mate Sergio Perez spun later in the session.

Lance Stroll is the first driver to be caught out by Turn 7 this weekend 😬#F1 #HungarianGP 🇭🇺 pic.twitter.com/8iBzBtaV05

Back at the front, Hamilton and Verstappen continued to trade purple sectors. The advantage, though, was firmly in Hamilton’s favour when Verstappen spun his RB15 at the final corner and ended up facing the wrong way.

He spun back around, destroyed that set of tyres, and had no answer to Hamilton’s 1:17.233. Verstappen reported that his car was “very sensitive” on the rear especially in the last sector. And then the rain arrived.

And here is the rain again, so… box box box. ☔️🏠 #HungarianGP pic.twitter.com/Bo9GeFKKQ9

The rain wasn’t the downpour that was forecast and it was over rather quickly with Nico Hulkenberg out on the soft tyres and flying. He went purple in the first sector and green in two and three on his way to third place. Carlos Sainz jumped up to fifth.

The drivers took to the track on a mix of tyres with Hamilton, having already run the softs, onto a set of mediums. His first hot lap was a 1:17.5, three-tenths down on his soft tyre run.

Kevin Magnussen jumped up to third place on the soft tyres, 0.8s down on Hamilton’s best. His team-mate Romain Grosjean wasn’t as happy, reporting an “issue” saying he has ” everything, understeer, oversteer, it’s like Monza wings”.

Vettel was the next to move up the order, taking second place behind Hamilton,only to drop back down to third as Verstappen went second, 0.165s down. The Dutchman spent some time in the pits with a broken front wing, courtesy of Turn 4, before putting in a late spin as well.

Gasly jumped up to fourth ahead of Magnussen and Leclerc.