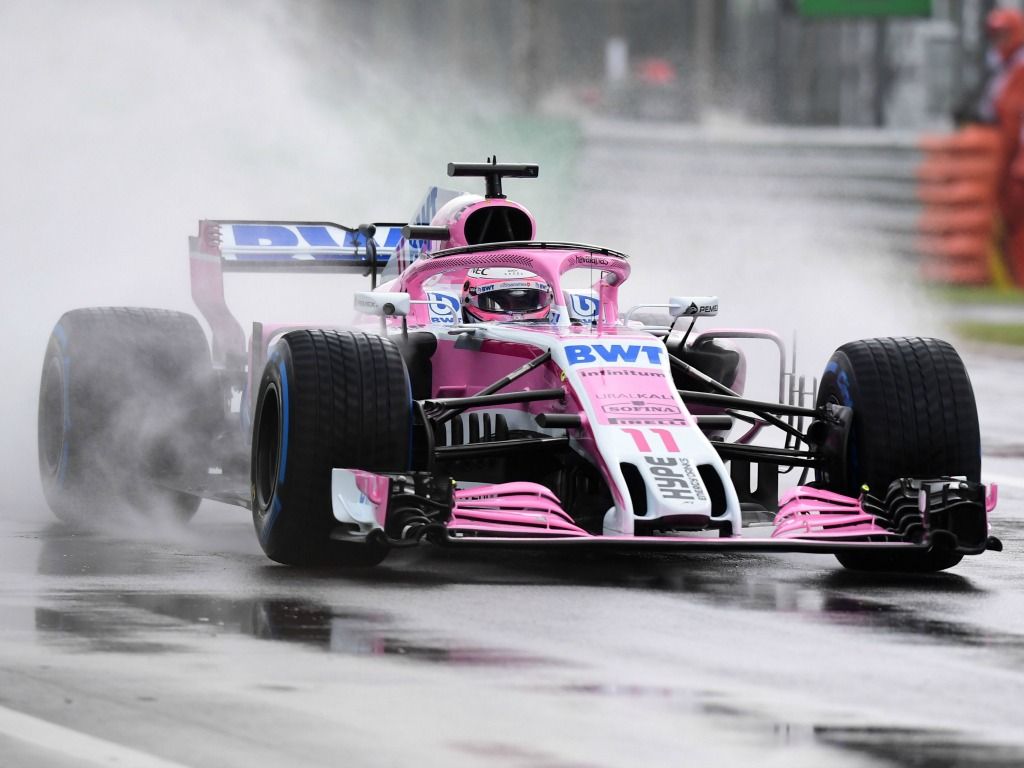 Sergio Perez set the pace on a drying Monza circuit in Friday’s first practice for the Italian GP, a session in which Sebastian Vettel covered just four laps due to a hydraulic leak.

Biblical rain prior to Friday’s first practice saw the GP3 session cancelled but with the rain easing slightly, FIA race director Charlie Whiting gave the go-ahead of the Formula 1 cars to run at the scheduled 11am start.

With Renault’s new spec 3 engine in the back of his RB14, Daniel Ricciardo lined up at the end of the pit lane seven minutes before the session even began as Red Bull hoped to get in practice before the rain returned.

It did so as the light went green but that proved to be the least of Ricciardo’s worries as he slowed on his out-lap. “I’ve got a problem,” he reported. “I’ve got no power,” he said, adding that he will “stay in first” as he limped back to the pits.

Ferrari joined the party with Sebastian Vettel going quickest before Carlos Sainz lowered the benchmark to a 1:36.995.

Moments later heavier rain began to fall and Max Verstappen was pitched into a spin on his intermediate tyres. “All good, just a little trip,” said the Red Bull driver.

That rain shower was a brief one and more drivers came out to play. Mercedes went 1-2 with Valtteri Bottas three-tenths up on Lewis Hamilton.

Ricciardo joined the running in his now-working RB14 while his former team-mate Vettel saw stuck in the garage as his SF71H suffering a suspected hydraulic leak resulting in a gearbox change. He covered just four laps in FP1.

It wasn’t good timing for the Ferrari driver as the track began to dry out a little bit and the lap times fell.

Max Verstappen jumped up into P1 but lost out to Brendon Hartley and then Kimi Raikkonen; a 1:34.742 for the Finn.

With two minutes to go several drivers ventured out for a shot at glory, and the opening P1 of the weekend.

It went to Sergio Perez with a 1:34.000. Raikonen was second, half a second down, while Esteban Ocon was third.

Hartley, Ricciardo, Pierre Gasly and Verstappen were next in line ahead of Sainz, Hulkenberg and Bottas.