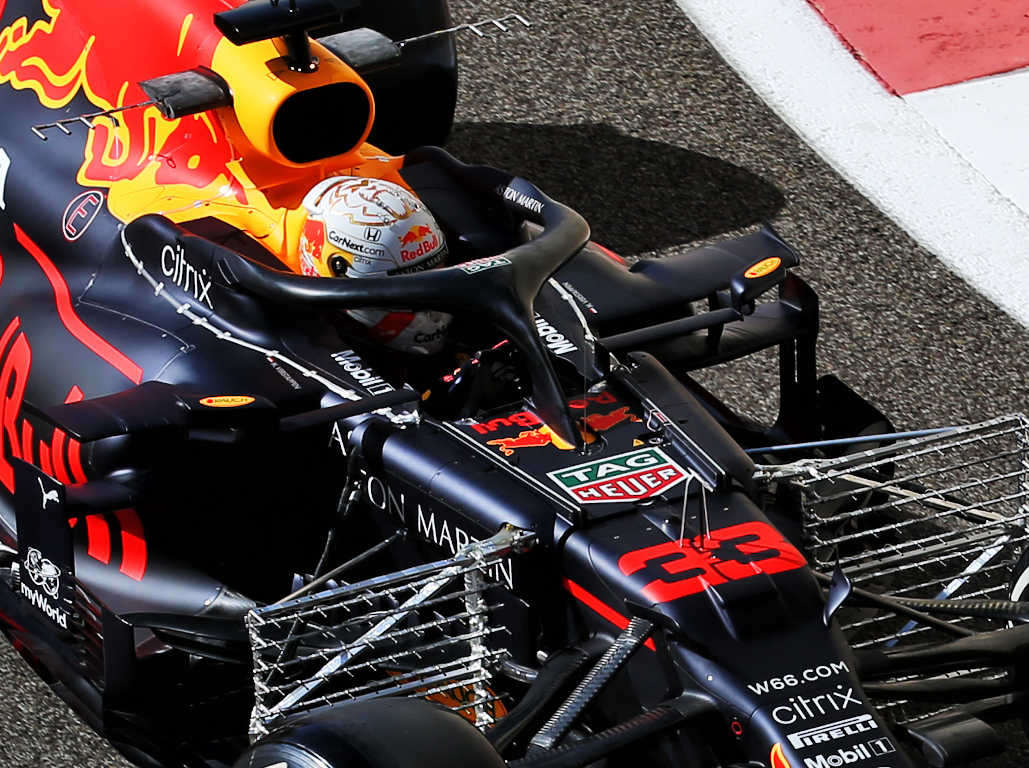 Max Verstappen pipped Valtteri Bottas to P1 in the opening practice session for the Abu Dhabi GP as Lewis Hamilton returned to the grid and so too did the Schumacher name.

Formula 1 drove out into the sunshine for the first time in three weeks, starting the season finale in Abu Dhabi with a daylight practice session at the Yas Marina circuit.

World Champion Lewis Hamilton was back in his W11 after testing negative with George Russell returning to Williams.

Haas had an interesting line up for the session with a Schumacher and Fittipaldi in action. Mick Schumacher was testing the VF20, replacing Kevin Magnussen for Friday’s first practice, while Pietro Fittipaldi once again subbed for the injured Romain Grosjean. Alfa Romeo had Robert Kubica in the car for the session.

Valtteri Bottas, looking to make up for last week’s Sakhir struggles, was quickly out on track and laying down laps, hitting the front with a 1:40.6 with Charles Leclerc second ahead of Alex Albon.

Bottas lowered the benchmark to a 1:39.3 while Hamilton, in his first run in two weeks, was told by Bono “very high front brake temps, residual brake pressure.” Replying that he is “not on the brakes”, he was told to box immediately. Hamilton stated that the car felt like it was jammed on the brakes with the left-front locking at random parts of the track.

There was speculation that the issue, relating to the front brake master cylinder, was caused by Mercedes making minor alterations to suit Russell who was on the cards to race if Hamilton didn’t test negative.

Hamilton wasn’t the only driver having a few troubles.

Daniel Ricciardo’s run came to an early end on his third lap as he reported a problem, a fuel pressure problem said Renault, before parking his RS20 on the side of the track and bringing out the yellow flags followed by the Virtual Safety Car.

Ricciardo: "Okay, I have a problem"

He's had to park up his Renault with what initially looks like a throttle issue#AbuDhabiGP 🇦🇪 #F1 pic.twitter.com/pVS7DLXMoz

“We can confirm Daniel stopped on track with a fuel pressure problem. He was using the Friday engine for the last time and it was due to be changed tonight for Saturday,” Renault said.

Max Verstappen joined the action to go quickly only to be blitzed by Bottas, a 1:37.4 on the soft tyres to Verstappen’s 1:39.1 on the hard Pirellis. Pierre Gasly was up to third. Schumacher, on the hard tyres, clocked his first lap time, a 1:46.1 to sit P13.

Sergio Perez was the next up into P3 with the soft tyres, the Mexican driver taking to the track aware of the fact that he is starting from the back of the grid due to several engine penalties. But given that he raced from the back of the grid to the victory at the Sakhir GP, he may not be too disheartened. Kevin Magnussen also had engine penalties.

Lando Norris was having a few struggles of his own, informing McLaren that he is “oversteering through every single corner”, P9 after the first 40 minutes. Everyone excluding Hamilton and Ricciardo had set a competitive time.

With his W11 fired up, Hamilton ventured out on a set of the hard tyres but backed off on his first flying lap after running wide and exceeding the track limits at Turn 1. His second attempt at a hot lap was a 1:39.9 followed by a 1:38.7. His team-mate Bottas, swapping his soft tyres for a set of hards, gave Hamilton a wave as he passed the Brit as on his own cool down lap.

Perez, P3, ventured out of the pits only to return after one slow lap. He had “loose belts”. His team-mate, for the last time, Lance Stroll improved to fourth place, 0.024s slower than the Mexican driver.

With more soft tyre runs taking place, Esteban Ocon, second at the Sakhir Grand Prix, moved up to second place but moments later fell to third as Verstappen, swapping from hard tyres to softs, went purple in the first sector, green in the second and third on his way to a 1:37.3, 0.034s quicker than Bottas. Albon tried to join his team-mate at the top only to spin coming out of the chicane, flat spotting his tyres.

He gets his entry into Turn 11 wrong, and he's sent spinning through 12. But his car is okay and he's back running#AbuDhabiGP 🇦🇪 #F1 pic.twitter.com/mk6N4KnMqv

Down at Haas, Schumacher left the pits only to return a lap later and hand over something that had been left in his cockpit. Back out on track he was told to the areas to improve are on minimum speed in Turn 20 and also in Turn 12. He was P17 while his team-mate Fittipaldi was P19 as the team performed a “planned floor change” on his VF20.

As the clocked counted down, Verstappen’s 1:37.378 stood as the time to beat with Bottas finishing 0.034s down with Ocon a further second off the pace.

Albon recovered from his spin to finish P4 ahead of Hamilton, Stroll, Perez, Kvyat, Gasly and Raikkonen.

Russell on his Williams return was P16 while Schumacher on debut was 18th.