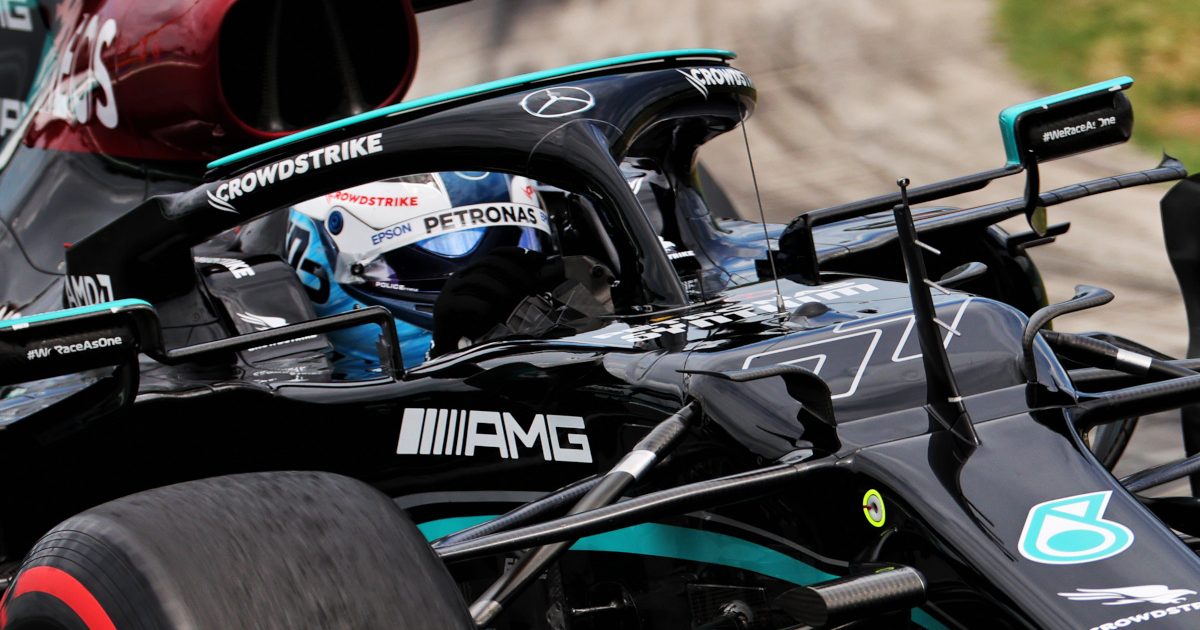 Valtteri Bottas bounced back from his Hungarian GP crash to set the pace in the opening practice session for the Belgian Grand Prix weekend.

Formula 1 returned to the track at a cold and damp Spa-Francorchamps circuit where, surprisingly given Spa’s very own little climate, several drivers had never experienced the Belgian circuit in an F1 car in the wet. That was about to change.

The two Ferraris and Mick Schumacher were the first drivers out, and quickly discovered that while some parts of the 7km long track were wet, others were bone dry.

After 14 minutes of single run laps, McLaren’s Lando Norris did a 1:50.191 on the medium Pirellis. That sparked a flurry of activity with Sebastian Vettel going purple, a 1:49.324, and Kimi Raikkonen spinning out of La Source.

Yuki Tsunoda also went spinning, blocking Sergio Perez as he came to a halt on the exit of the pit lane.

As the track dried out and the drivers found their footing the P1 time tumbled with Daniel Ricciardo, Pierre Gasly, again Vettel, and then Esteban Ocon hitting the front, a 1:47.250 for F1’s newest race winner. George Russell wasn’t overly impressed with Lance Stroll as the Aston Martin driver impeded him on a hot lap.

Max Verstappen, running the hard Pirellis, set the pace midway through the hour-long practice, a 1:46.879. The Red Bull driver, who was using a skinny rear wing, lowered his benchmark time to a 1:46.423, backing off in the final sector due to yellow flags at the pit lane entrance. Those yellows were caused by Raikkonen who hit the concrete wall as he returned to the pits.

Raikkonen hits the wall as he enters the pit lane

Not the best start to the Finn's weekend! #BelgianGP 🇧🇪 #F1 pic.twitter.com/jOuHyYBLBe

In contrast to Verstappen, Mercedes had decided on a bigger high downforce rear wing for the championship leader.

With 20 minutes remaining in the session, and rain forecast for the afternoon, the drivers began to swap to the soft Pirellis with Bottas hitting the front with a 1.45.199. The Finn ran a low downforce set-up.

Verstappen responded with a 1:45.363 as a few drops of rain began to fall. Hamilton wasn’t able to respond, impeded by the Williams of Nicholas Latifi. Charles Leclerc’s efforts were thwarted by a trip through the gravel at Turn 7 that also dumped a pile of stones on the track.

Bottas finished quickest of all, 0.164s up on Verstappen, with Pierre Gasly third. Hamilton was down in 18th place with only the Haas rookies behind him.