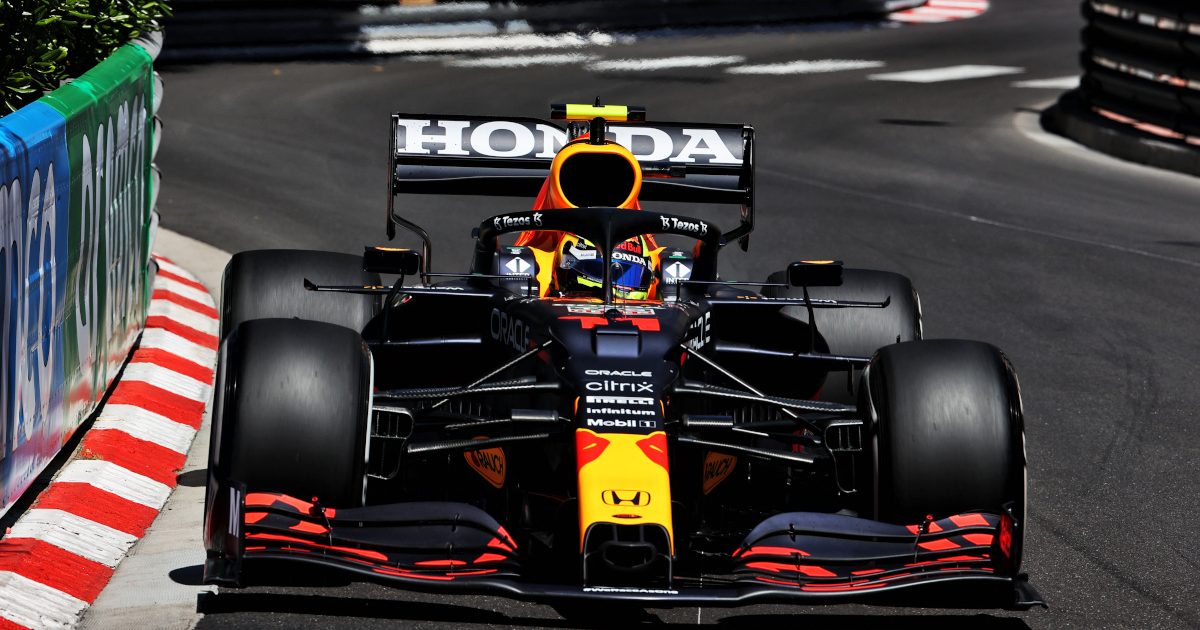 After missing out in 2020, Formula 1 was back on the streets of Monte Carlo on Thursday morning, laying down the laps for first practice.

Five minutes later he was down in 20th place, every single driver had a time on the board and Carlos Sainz was sitting at the top of the timesheet with a 1:16.2, up on Max Verstappen.

On the other side of the Ferrari garage, local lad Charles Leclerc – having waved to his mates standing on the balcony where he himself first watched a F1 race – reported a problem.

“What is happening with the engine. I think the fourth gear is broken,” he told Ferrari. His session over with a gearbox failure.

Sainz continued to fly the flag for Ferrari, lowering the benchmark time to a 1:14 and then a 1:13.4 as he ran the medium tyres with Lewis Hamilton closing the gap to 0.016s.

25 minutes in and the Virtual Safety Car was in play after Fernando Alonso hit the wall at the final corner, damaging his Alpine’s front wing. He bounced off and returned to the pits.

Verstappen hit the front, Valtteri Bottas took over, Hamilton broke into the 1:12s and Sainz shaved 0.03s off the Mercedes driver’s time.

A soft tyre run saw Pierre Gasly slide up into P1 before Red Bull took the 1-2, Sergio Perez on the softs a tenth up on Verstappen on the mediums.

Gasly, Hamilton and Bottas were next in line.

Lando Norris was seventh ahead of Sebastian Vettel, Yuki Tsunoda and Kimi Raikkonen.