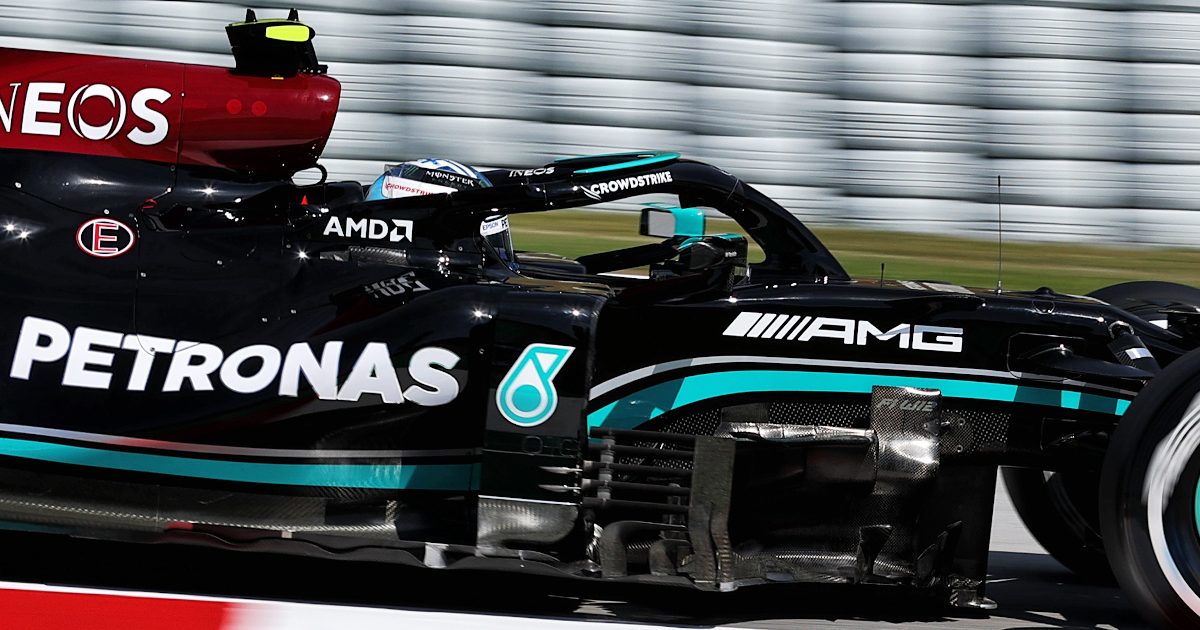 Valtteri Bottas topped the timesheet in FP1 in Spain as Nikita Mazepin once again irked a rival and Robert Kubica brought out the red flags.

Unlike in the past 10 years, the drivers saw the Barcelona circuit for the first time this year as they took to the track for FP1 for the Spanish Grand Prix.

Back on the track Mazepin was also the first to be criticised by a rival driver with Charles Leclerc feeling that the Haas driver had ruined his lap.

Charles on the team radio: "Mazepin will never change."

Think Charles meant that he ruined his lap 😬 (he didn‘t specify) #SpanishGP pic.twitter.com/rm0tnSie8n

With all the firsts played out, it was left to Red Bull, running updates on their RB16B, to battle Mercedes for P1.

Lewis Hamilton hit the front, Max Verstappen took over, Fernando Alonso on the soft tyres briefly upset the story line, and Hamilton on the hard tyres hit back with a 1:19.675.

While Perez was one of the last to set a time, only beginning his programme 20 minutes into the session, Verstappen also spent a bit of time in the garage after he damaged his front wing on the kerbs at Turn 7.

Front wing damage sees @Max33Verstappen back in the garage as the mechanics take a closer look 👀 🔧#SpanishGP 🇪🇸 #F1 pic.twitter.com/P97iciV5TI

Hamilton lowered the benchmark before Bottas bettered it with a 1:18.504, 0.123s up on his team-mate. Lando Norris, who was testing McLaren’s new floor, was third fastest. The Red Bulls, though, were yet to do a soft tyre run.

The red flag was out with 17 minutes on the clock after Kubica lost the rears and spun off into the Turn 10 gravel. “I’m stuck,” he told Alfa Romeo.

Kubica beaches himself in the gravel at Turn 10 #SpanishGP 🇪🇸 #F1 pic.twitter.com/VVHfd0L1bK

The session went green with nine minutes to go with the Red Bull drivers doing their soft runs. Verstappen went second to split the Mercedes drivers, 0.033s down on Bottas, while Perez was only P9.

Bottas ended his session with a close encounter with Leclerc while Perez gave Daniel Ricciardo an angry gesture.