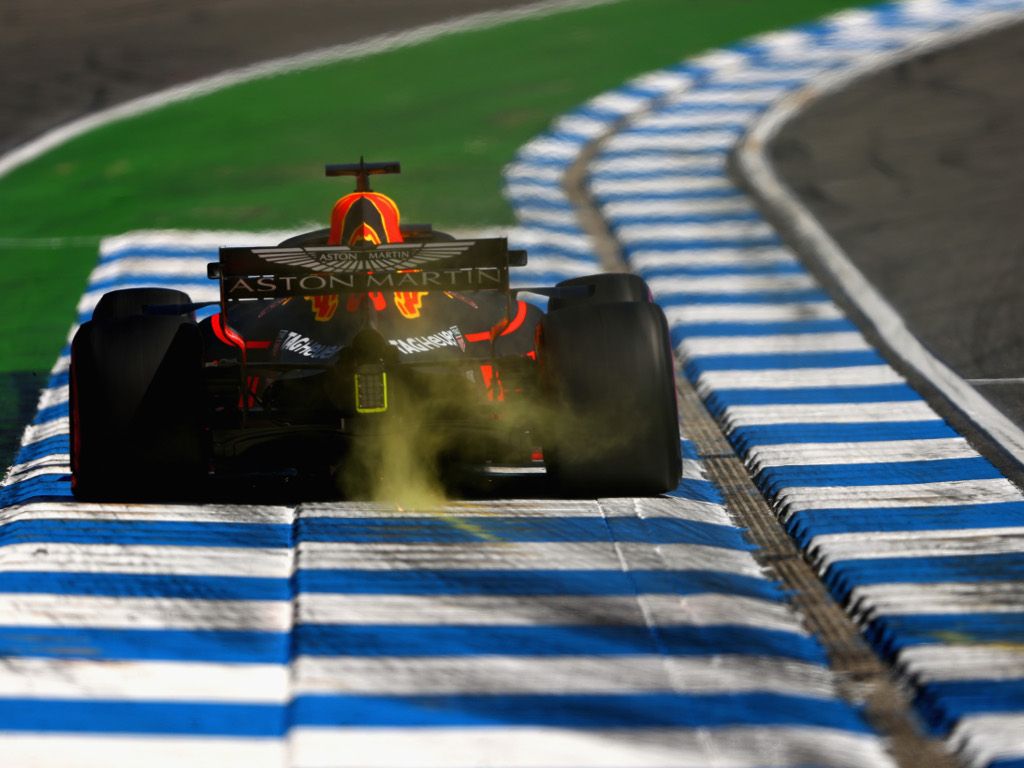 Daniel Ricciardo set the pace ahead of Lewis Hamilton in a rather sedate – and extremely hot – first practice at the Hockenheimring.

Returning to Germany for the first time in two years, several teams debuted new parts including Renault and Williams, both with new front wings, and Ferrari with Sebastian Vettel‘s SF71H featuring a revised engine cover and rear wing, the former resulting in a new layout of his exhaust.

Red Bull led the early running as Max Verstappen had a free track before he was joined by rivals. He lost P1 to Daniel Ricciardo; however, both Red Bulls soon found themselves behind the Mercedes pairing.

First Lewis Hamilton went P1 and then Valtteri Bottas after the 40-minute tyre-handover break. He did a 1:13.9 on a new set of ultrasoft tyres.

Red Bull and Mercedes exchanged in a brief spate of you take P1, no I take P1, which looked to be settled by Hamilton’s 1:13.529.

Unfortunately for Ricciardo, the Aussie will start the race from the back of the grid as he has taken new engine parts and has a minimal penalty of 20 places.

Verstappen was a 0.189s off the pace in third place.

Vettel was fourth for Ferrari. Although the German has won the German GP, he has yet to do so at the Hockenheimring.

Bottas with his new contract in hand fell to fifth ahead of Kimi Raikkonen, Romain Grosjean and Kevin Magnussen.

There was a bit of drama over at Sauber as test driver Antonio Giovinazzi left the pits with a loose engine cover that flew off as he accelerated out of the pits. He returned to the garage in a rather exposed Sauber.

That was the only ontrack drama in a session in which Stoffel Vandoorne only ventured out in the final 20 minutes due to massive set-up changes with his MCL33.