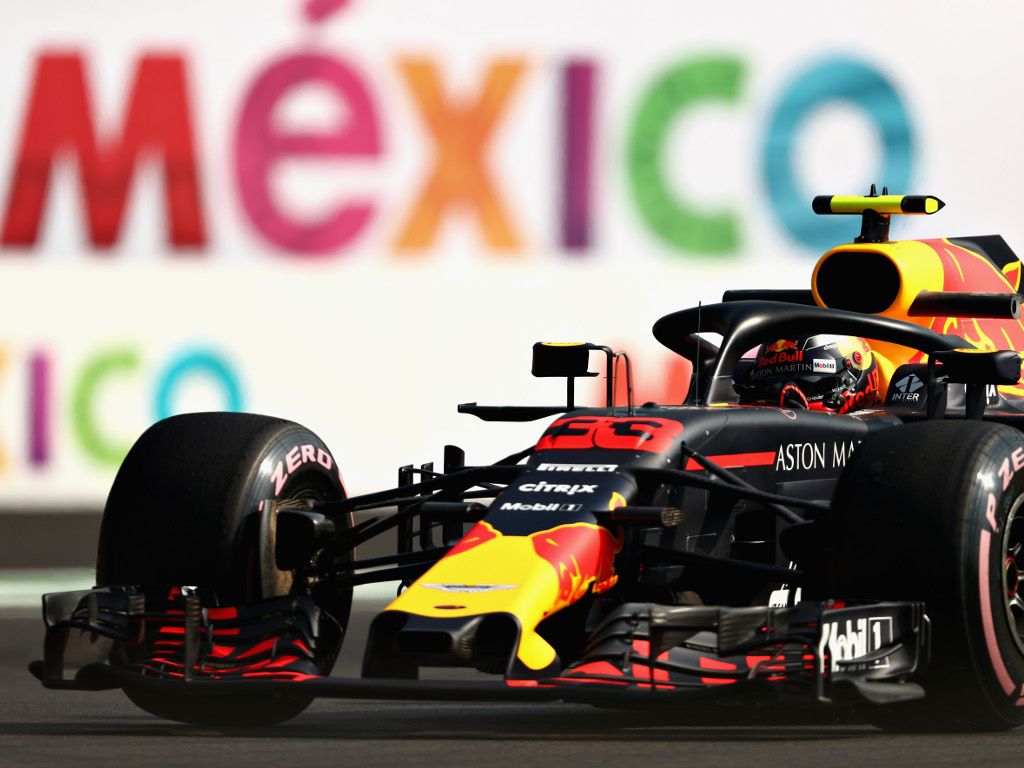 Max Verstappen got the better of Daniel Ricciardo in Friday’s opening practice for the Mexican GP, a session where neither Mercedes nor Ferrari shone.

Despite earlier predictions of rain throughout the day, Friday’s first practice took place in dry conditions with the showers expected later in the day.

Kimi Raikkonen got proceedings underway with a 1:19.798 before the United States Grand Prix winner was pipped by his team-mate Sebastian Vettel.

Raikkonen was running Ferrari’s updated package while Vettel stuck with the old spec.

Two laps into his run, the German reported that his hypersoft tyres were “suffering” with notable marks on the rubber.

Sergio Perez took over at the top but soon lost out to the Red Bulls with Verstappen quickest after the first 30 minutes of play.

There was a bit of drama off the track as Mercedes, Ferrari and Red Bull all suffered power failures in their respective garages. That lasted a few minutes with all three teams back to work in short order.

That work included floor changes over at Ferrari as the Scuderia took the new floor off Raikkonen’s SF71H and put it on Vettel’s car for the second part of the session.

First runs = ✅ Here’s what the boys are saying…

📻 #VB77: “Very low grip. The track is super green. If you go offline it takes a lap to get the tyres clean.”

Back on track, Raikkonen had the first notable incident of the session as he spun his SF71H while Hamilton reported “dips” in the power from his Mercedes engine.

Meanwhile the battle for dominance continued at Red Bull with Verstappen retaking P1 off Ricciardo, a 1:16.656 for the Dutchman. That put him 0.483s up on Ricciard.

Surprisingly it was not Mercedes or Ferrari who were next in line with Renault the second fastest team on the day.

Carlos Sainz was third, 1.27s off the pace, while Nico Hulkenberg – who reported that his tyres were “chewing gum” – was fourth ahead of Hamilton and Valtteri Bottas.

Pierre Gasly’s weekend began with a bucket load of bad news as Honda reverted to an old engine for his STR13. The Frenchman, who covered just two laps in FP1, will start Sunday’s race from the back of the grid.

Tanabe-san talks us through the PU plan this weekend 🗣️

"Gasly is starting FP1 with a new latest spec PU. The reason for this is that we have a concern regarding the assembly of the one used in Austin."