Home News FP1: Vettel off to a flying start in Sochi 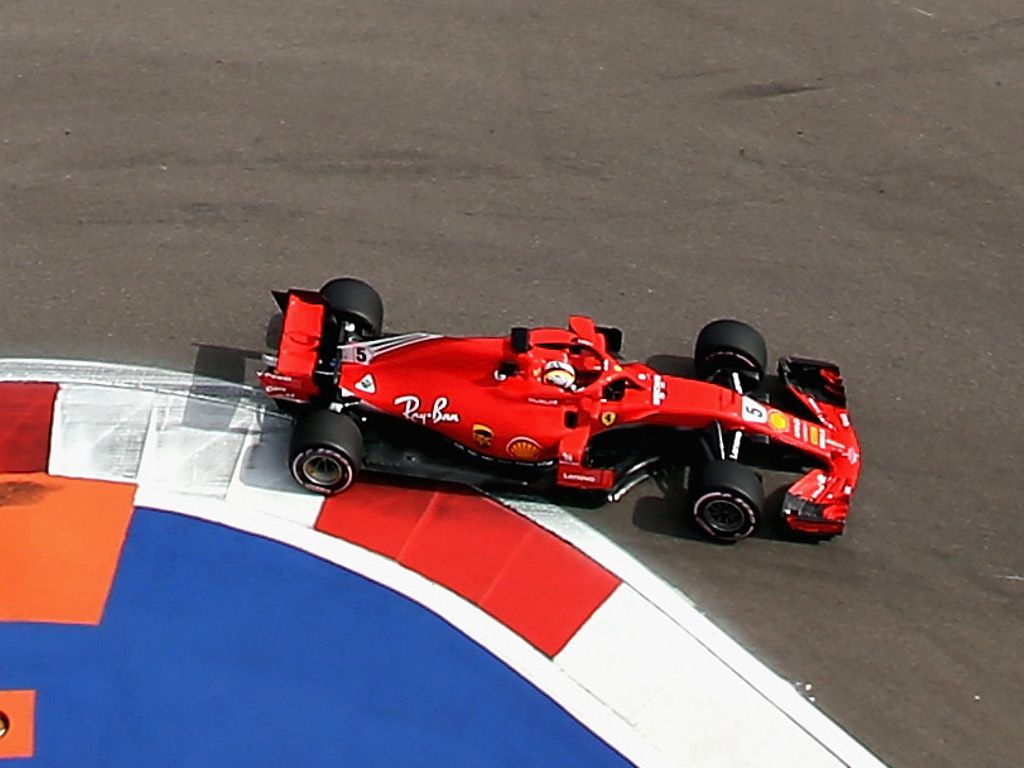 Sebastian Vettel got off to the perfect start in Sochi with a P1 in Friday’s opening practice while his former team-mate Daniel Ricciardo’s troubles continued as his RB14 caught fire.

Due to engine penalties, it was a bit of an early exit from their garages for Lando Norris, driving Fernando Alonso’s car, Red Bull and Toro Rosso.

The five drivers waited for more than 10 minutes in the cockpit of their cars as they awaited the start of FP1 at the Sochi circuit.

Stoffel Vandoorne was the first to post a lap time, a 1:39.057 for the McLaren driver, while his 2019 replacement, Norris, put in the first spin.

As the benchmark time plummeted, Red Bull and Mercedes battled for the top spot on the timesheet, both teams holding down the 1-2 at times.

Max Verstappen led the way at the halfway point with a 1:34.960 set on the hypersoft tyres with a mix of the hypers and ultrasofts making up the top ten.

His team-mate Ricciardo wasn’t having as much fun as he was sidelined when his RB14 caught fire.

Ricciardo called it a “precaution” as Red Bull took the gearbox out of the car to see if there was any damage.

It's got a bit smoky in Ricciardo's garage 😲#RussianGP 🇷🇺 #F1 pic.twitter.com/mgy4AshUyb

With new hypersofts on his car,  Vettel not only joined the party at the front but went quickest. A 1:34.488.

Verstappen put in the fastest final sector to go second, 0.050s down on Vettel.

Kimi Raikkonen, Kevin Magnussen, Nico Hulkenberg, who had an early end to his practice after Renault noticed a problem with the car, and Antonio Giovinazzi rounded off the top ten.

Giovinazzi in the Sauber was three-tenths up on Charles Leclerc while Norris beat Vandoorne by a just over a tenth.

Sergey Sirotkin was 18th fastest at his home race.