Home News FP2: Bottas back on top in Mercedes 1-2 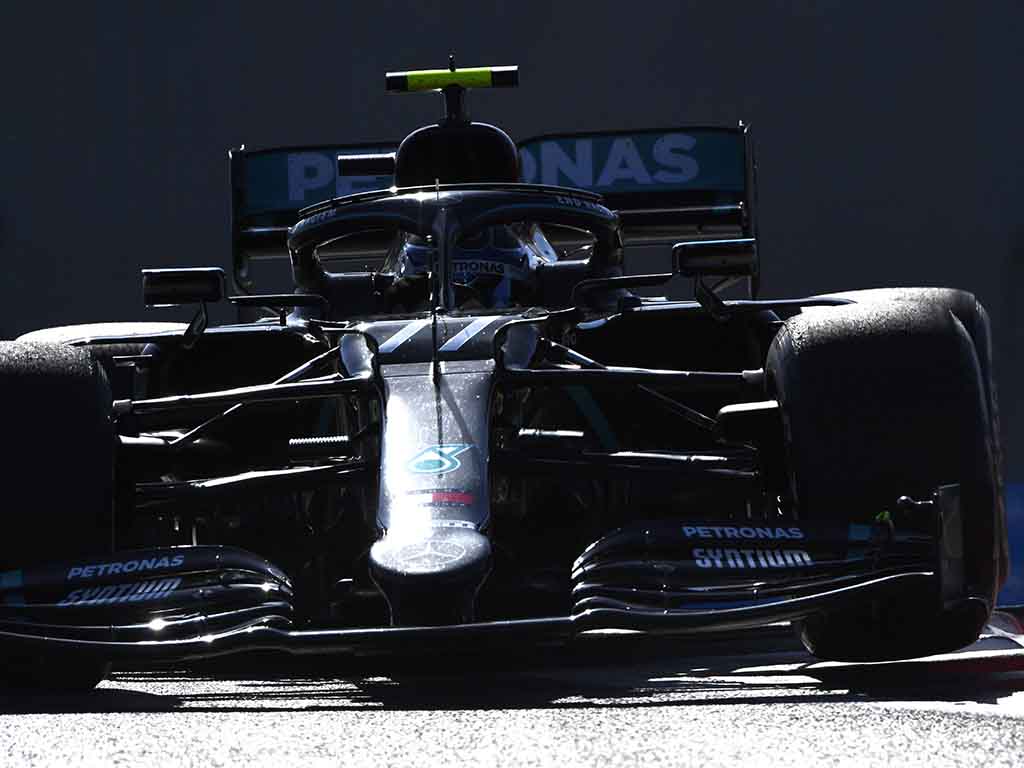 We were back to a familiar look at the top of the timesheet in Abu Dhabi as Valtteri Bottas led a Mercedes 1-2 on Friday evening.

Bottas sat P1 with a 1:36.276 and Hamilton was two tenths behind after seeing a faster time set on the soft tyres deleted for exceeding track limits. Max Verstappen, after claiming P1 in FP1, was back in his usual top three spot.

The race simulation runs were hampered by some end-0f-season reliability issues as both George Russell and Kimi Raikkonen’s car came to a smoky, fiery end with some tired old engines.

As the sun started to set at the Yas Marina circuit, FP2 offered the first properly representative session for the drivers ahead of qualifying and the final race of the 2020 season. But, before they could get stuck into their usual running, it was time for everyone’s favourite part of the weekend: 2021 Pirelli prototype laps.

The track was certainly busier than usual at the start of the session. It’s almost like the drivers and teams wanted to get the required eight timed laps out of the way as soon as possible…

All 20 drivers reached the magic eight lap marker without a hitch and without a ton of team radio comments complaining about the grip, too, which made for a refreshing change.

That benchmark quickly came down to 1:36.479 when Hamilton ditched the prototypes for a set of medium tyres (hopefully his own and not from Bottas’ set). Bottas then found further improvement himself moving back to the 2020 compounds, shaving a couple of tenths of Hamilton’s previous best on the same tyre.

After a brief lull in the action, it was then time for the qualifying simulation runs. Hamilton wasn’t finding an awful lot of improvement during his first hot lap on the soft tyres, but a strong final sector allowed him to leapfrog Bottas in P1 again by a tenth…that was until his lap time was deleted for exceeding track limits at the last corner.

Bottas, meanwhile, had to abort his first attacking lap at the very first turn after getting it all wrong through the left-hander.

Then it was time to see what sort of challenge Red Bull could potentially bring to the season finale courtesy of Verstappen and a purple first sector suggested he was shaping up for a very nice lap. However, he started to hit traffic through the second sector and backed out completely in the third.

So no answers or indications about the true pace at the top of the grid was immediately forthcoming; the best times from Bottas, Hamilton and Verstappen were all set on the medium tyres in their earlier runs.

During the race sims, there were a couple of cases of some old engine parts having enough of running this year and decided to pack in. George Russell’s Williams went up in smoke and then, moments later, the rear of Raikkonen’s car caught fire which ‘The Iceman’ decided to put out himself with the marshal’s fire extinguisher.

The fire escalated on Raikkonen’s pretty quickly so out came the red flags as a precaution whilst the situation was dealt with and the car was recovered.

The session restarted with just five minutes left on the clock, but there was still time for Hamilton to have a little moment in the pit lane. He couldn’t find gear as he exited the garage and came to a stop just past the Haas crew.

But, he was able to get going again by himself and get a couple more laps in before the chequered flag waved.