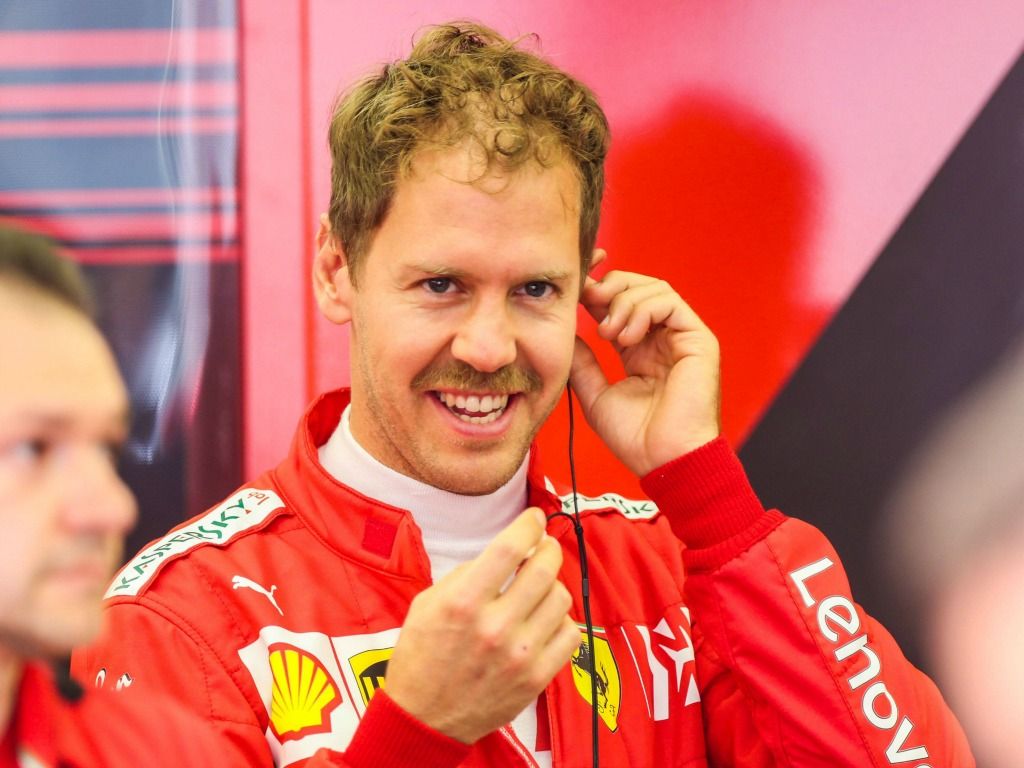 Ferrari continued to display strong opening day pace in Bahrain as Sebastian Vettel secured another 1-2 for the Scuderia.

Vettel banked a 1:28.846 on his second qualifying simulation run, 0.035 seconds quicker than his team-mate Charles Leclerc and a whopping six tenths clear of Lewis Hamilton, P3 in the nearest Mercedes.

Valtteri Bottas was a tenth further back in P4, while a sloppy run by Max Verstappen in P6 allowed Renault’s Nico Hulkenberg to nip ahead into P5.

Red Bull’s Pierre Gasly was bogged down in P12, while Alfa Romeo’s running was significantly compromised by water leaks discovered on both cars.

Daniel Ricciardo was a notable surprise down in P15  as he struggles to extract the best from his Renault car.

Again, I *hesitate* to draw conclusions from this session, but Ferrari were 1-2 in this session by 0.552s last year, and then locked out the front row and won the race. They're 0.568s clear this evening #BahrainGP 🇧🇭

With the sun fully set at the Bahrain International Circuit and track temperatures significantly lower, conditions under the floodlights meant that FP2 was the most representative session ahead of qualifying and the race itself.

Alfa Romeo’s Kimi Raikkonen was caught out on cold tyres in the opening stages as he went for a spin at Turn 2 gearing up for his first attacking lap of the evening.

Ahead of the all-important qualifying runs, it was Bottas who was out on top following the opening exchanges, setting a 1:30.124 which was 0.079s ahead of the nearest challenger Leclerc. Verstappen occupied the P3 spot, 0.131 seconds adrift.

But then Ferrari came to the party in the qualy sims, with Vettel first pumping in a 1:28.942 with a fresh set of softs strapped on. Leclerc was able to get within a tenth of that eye-catching effort from the German.

Bottas hit traffic problems on his first attempt at toppling Vettel, while Hamilton could only narrow his own gap to Vettel to half a second on his first qualy sim run.

Bottas’ second, cleaner run only saw him close to within six tenths of Vettel. Verstappen, meanwhile, in P6, was seven tenths down overall and was even pipped to P5 by Hulkenberg in the Renault.

Pierre Gasly continued to struggle for pace as he only improved from P13 to P12 after his second hot lap.

Ferrari then re-emerged for another crack at a qualifying run with more new soft tyres and both Vettel and Leclerc found marginal improvement. The benchmark lowered to 1:28.846 by the former, even if he did run wide at the final corner.

Elsewhere, there was limited running at Alfa Romeo with both cars up on stands and the floors removed on both as leaks were identified.

Vettel’s long runs did not get off to the most ideal start as he too was caught out at Turn 2 and went for a pretty heavy spin.

But, even with that little setback, Vettel and Ferrari appear very eager to put right the wrong of Melbourne with a more assured, dominant display in Bahrain.