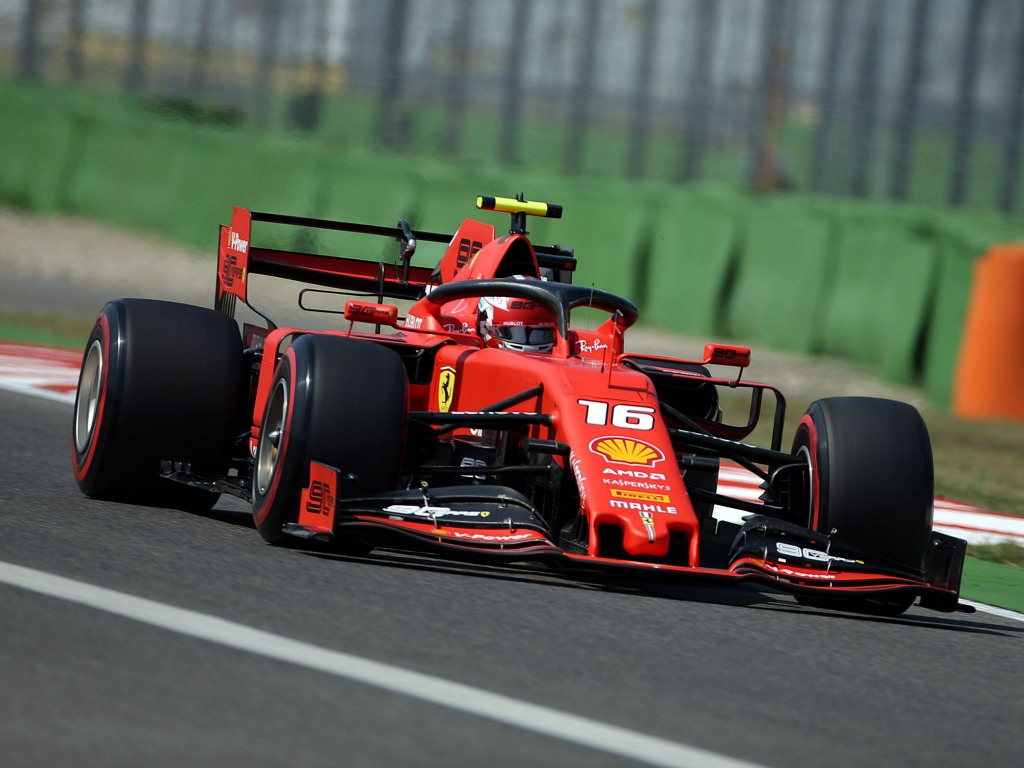 Leclerc pumped in a 1:13.449 during his qualifying simulation run to finish a tenth ahead of a tightly-packed top three that also included Vettel and Lewis Hamilton.

Valtteri Bottas and Max Verstappen, in P4 and P5 respectively, were both six tenths off the pace, whilst Romain Grosjean was ‘best of the rest’ in P6, a further tenth behind.

With cooler temperatures and the threat of rain looming over the weekend, conditions in FP2 appear to be very unrepresentative as track temps nudged 50 degrees, whilst the air temperature was a ice cold 37.5 degrees in comparison.

After a gentle opening 30 minutes of running, Hamilton held a three tenth advantage with a 1:14.074 set on the medium tyres; Bottas was second place after gathering some early data on the hards.

Grosjean’s 1:14.179 on the softs, just a tenth slower than Hamilton’s best at the time, signalled the start of the qualifying simulations taking place.

Vettel, on the softs, then took a half a second chunk out of Hamilton’s 1:14.074 to become the first driver to drop into the 1:13 benchmark.

But Leclerc, even having to negotiate traffic in the final sector, still managed to go a tenth quicker than his team-mate.

Hamilton, meanwhile, found himself three tenths down on Leclerc after the first two sectors, but the W10 came back into contention in the technical final sector and made up two tenths despite running wide at the last corner.

Bottas rode too much of the kerb at the penultimate corner on his first qualifying simulation hot lap to be six tenths down on Leclerc.

Just as Verstappen was winding up for his first attempt, he reported a loss of power and was forced back into the Red Bull garage. It was only a brief disappearance, but he too, like Bottas, could get within six tenths of Leclerc.

Also coming back in was Hamilton, who backed out of his second attempt and headed straight back to the pits.

And with that, attention turned to the race simulation programmes, where Bottas began by once again going wide in the final  sector.

More grip problems for Bottas as he hits the gravel again

It was not all plain sailing at Ferrari, either, as front jack issues saw a pit stop practice become completely botched.

With 15 minutes of the session remaining, the red flags were out waving after Gasly crashed hard into the barrier at the final corner, leaving the left side of his RB15 in tatters.

Gasly emerged unscathed from the accident, even if his pride did not.

The session is stopped after Pierre Gasly hits the barrier hard on the final turn 💥#F1 #GermanGP 🇩🇪 pic.twitter.com/IVzBLGZqbH

Prior to the Gasly crash, Renault’s Hulkenberg was forced to stop on track due to a loss of power.

That was not the final failure of the session as that unfortunate honour went to Carlos Sainz because of a dodgy brake pedal.

All times on softs unless stated